Google employees could lose 15-25% pay for working remotely even if they don't relocate! 👀‍

With Google going back and forth on their remote working plans, the latest news is that they're not willing to pay remote employees as much.


Google has been going back & forth on their stance on remote working since the pandemic. However, a few months back, Sundar Pichai finally publicly embraced remote work for Google and elaborated a very flexible approach to working.

In less than 2 months after the announcement, Google received 10,000 applications for permanent remote work or relocation!

Without wasting any time, they approved 85% of those requests already and have also urged the other 15% to recheck with their managers & apply again at a later point.

This is one of the largest permanent remote work approvals by a company and this move was seen in positive light by their employees as well as people outside the company.

But the remote working woes for Google just don't seem to end. The issue now is how much money employees could lose if they choose to work remotely.

I would rather do a 2-hour commute to go to the office than work remotely!

As soon as Google announced permanent remote work, they also shared a calculator internally which shows how pay changes if employees relocate. 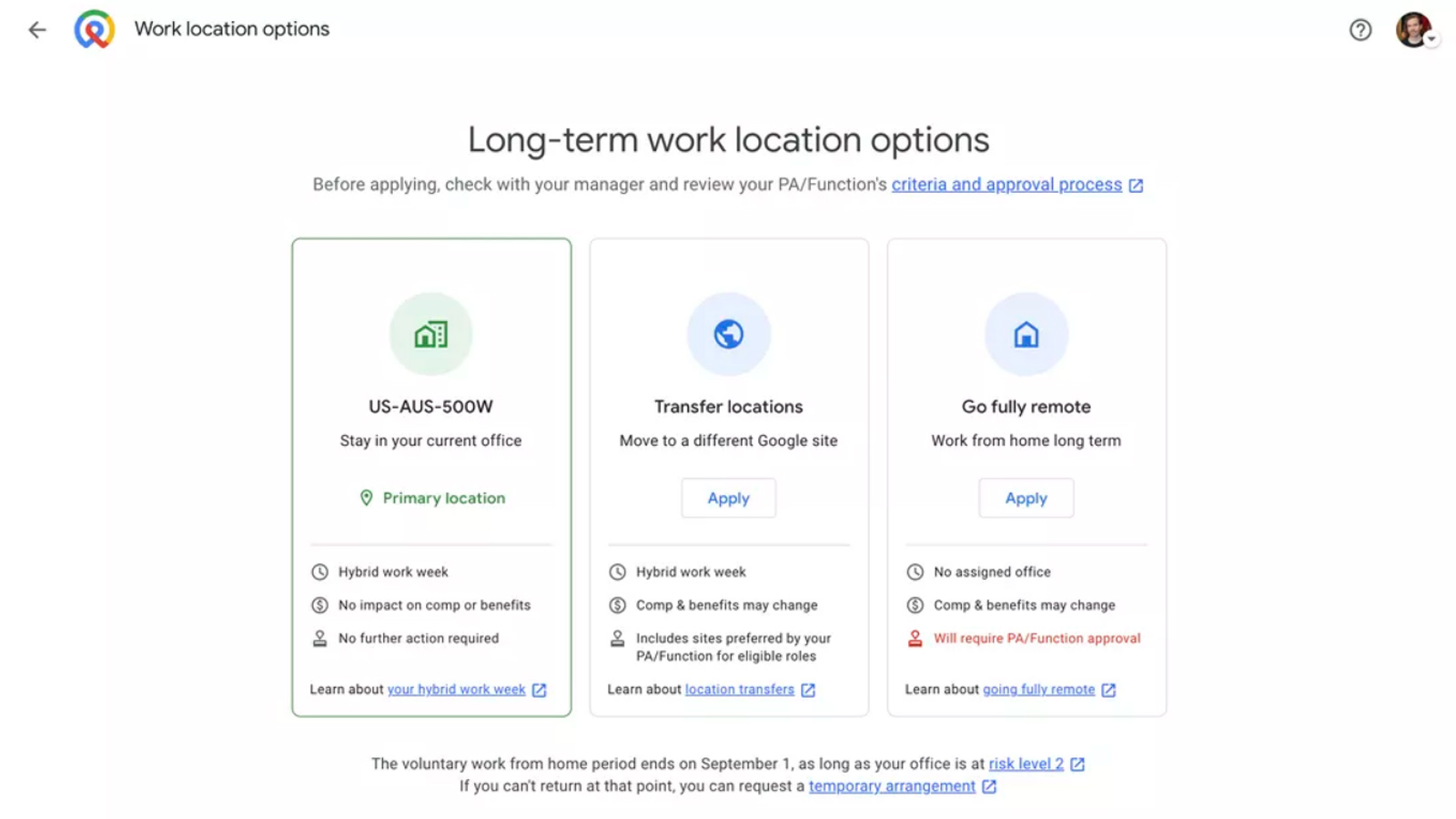 But at Google, you could face a severe pay cut for working remotely even if you don't relocate!

Consider a Google employee who commutes 2 hours daily to their Seattle office and lives in a county nearby. For this person, the tool shows that there will be a 10% pay cut even if they don't move and decide to work from home!

As it turns out, this isn't just a fictional example and the employee in question also said this:

The pay cut is as high as I got for my most recent promotion. I didn't do all that hard work to get promoted to then take a pay cut. I would rather keep going to the office.

This is just one of many cases. Say you live in Stamford, Connecticut and travel to Google's New York office daily. If you now decide to work from home, you will face a 15% pay cut despite staying at the same place!

We can afford paying our employees higher but we won't

Let's get this straight - Google is more than capable to pay all of these employees 100% of their prior salary. In fact, they have been doing it all along for these employees. So if their role & work remains the same, why should they face a pay cut?

Google had already clarified that they would not cut pay for going from office work to remote work in the same place where the office is located. Employees working in the Seattle office will be paid the same as those working remotely from another part of Seattle.

However, it's very surprising that Google didn't consider or chose to ignore employees who have long commutes to office daily.