More companies are making the shift to hybrid remote work as employees say they'd leave if forced back to office.


As expected, hybrid remote is becoming the popular choice among companies. With employee surveys consistently indicating that people would quit if forced back to office, there's also a pressure building up to adopt remote.

In light of this, Nokia & Deloitte are the latest to announce their permanent remote work plans.

Deloitte's 20,000-UK employees get to decide 'when, where and how they work'

Early this week, Deloitte announced that they are permanently adopting ultra-flexible working where people can decide how many days they want to work in office or remote.

I suspect employees will still have to visit the client office whenever required. However, the restriction on being in Deloitte's offices is lifted.

This announcement comes on the basis of a recent company-wide survey of 26,000 employees. Most Nokia employees had a positive experience working remotely so far and were in favour of permanent remote.

Nokia also plans to rethink & redesign its office spaces. Many sites will have 70% of space allocated to teamwork & meetings. Some pilot sites have already been reconfigured -- Dallas, Singapore, Budapest.

It seems Nokia is embracing this change early on. After all, you need to learn from your past mistakes at some point 😉

It's time we confront the issues with hybrid working

It is obvious that the trend of hybrid remote is setting in and fast. The pressure on companies to listen to their employees and go remote is also building up. We will see many more announcements in the coming months.

But amidst this huge change, it is important to not forget that hybrid remote comes with its own set of challenges.

For starters, issues like different classes of employees (with some working remotely & some in office) and the consequent conflicts, remote employees evaluated differently and even passed for promotions, need to be tackled head on.

But right away, the immediate issue is that of figuring out the correct compensation model.

Companies like Facebook, VMWare, Stripe announced upfront that they would adopt a location based pay. Only yesterday, Google also announced that there would be pay cuts if employees move away from their current location.

Google shows employees how their pay changes if they go remote

Google has been quick in executing the remote work option it announced a few weeks back.

But here's the catch -- choosing to work remotely comes at the cost of sacrificing pay. If employees request transfer to a new region (same country or even a different one), their compensation would be adjusted to the local region. 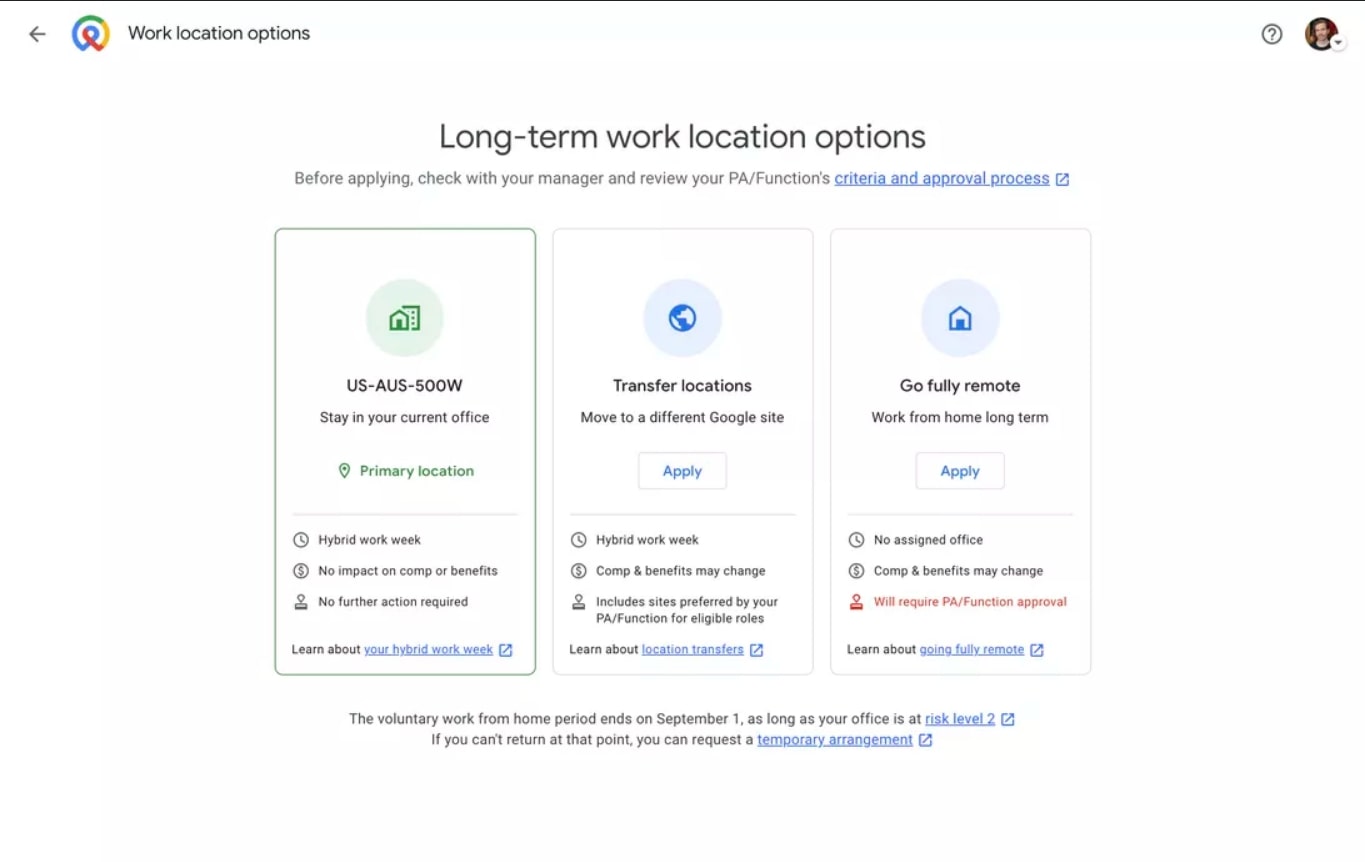 Offering location based pay is like punishing someone for choosing to move away from crowded cities.

When you have the same role and do the same work for the company, it is unfair to get paid lesser just because you made the choice to live in a less expensive area.

If not global pay, a good starting point at least could have been to offer the same pay across a country like what Reddit or Spotify did.

Nonetheless, we will have to wait and see if this has any negative consequences for Google.