How to Appear Offline on Discord?‍

Discord is the go-to messaging application for gamers and is now catching on among even mainstream users due to its high customisability and features. Users can create shared invite-only ‘servers’ - or chat groups - with like-minded others about their favourite games and topics.

Discord offers extensive customisation via built-in appearance themes, markup-based text formatting options, and much more. Further, since it is an open API, Discord lets developers tweak a lot its appearance and functionality to create their own versions of the app.

However, one key feature that stands out in Discord is the ability to set a range of statuses. While other chat apps like WhatsApp and Skype let users appear offline or online, Discord offers many other status options.

For times when gamers want a bit of peace, but still want to stay updated with any messages being sent on their servers, Discord’s ‘Invisible’ status is ideal - they can appear offline to others but still retain the full functionality of the app.

Online: This is the default status present in Discord when the app is open. If your status is set as Online, it is indicated by a green dot next to your avatar. The Online status lets others know that you’re available for chat.

Idle: The Idle status indicates to others that you have been away from your keyboard (AFK) for a certain while. When the Idle status is activated, it shows as a yellow dot next to your avatar.
Discord automatically sets the Idle status when you haven’t been active on the app for a while. However, you can also set it manually. Note that the auto-idle status disappears when you’re back on the Discord app, but you can also manually set Idle status for an indefinite period.

Do not Disturb: Do not Disturb (DnD) status lets others know that you’re not available for chat, and shouldn’t be disturbed. It appears as a red circle next to your avatar. This status also automatically mutes all your notifications related to Discord on desktop.

Invisible: The Invisible status makes you appear offline even when you have the Discord app open. If you set your status as Invisible, you will appear offline to your friends and fellow server members. However, you’ll still be able to access all of Discord’s features - including messaging - as normal.

Note: Online and Idle as server-controlled statuses, while Do not Disturb and Invisible are user-activated. However, as mentioned, you can also manually set Idle.

Custom status: Discord also allows you to set a custom display message for each of the four status types, that you can set for a particular period of time based on certain conditions.


Why would someone want to appear offline on Discord?


If you want a little peace of mind and quiet from your Discord server - let’s say, to concentrate on a specific task - you can always log out of the platform entirely. However, by doing so, you could miss out on important messages.

So if you want to appear offline on Discord without notifying your friends or fellow members that you are ‘Idle’ or at ‘Do not Disturb’, set your status as ‘Invisible’.

Invisible will allow you to play games or work on other things without having the obligation to reply back, while also allowing you to stay in the loop with conversations and updates.


How to appear offline on Discord by going ‘Invisible’


On the Discord desktop app:


Step 1. Click on your avatar (profile picture) at the bottom left 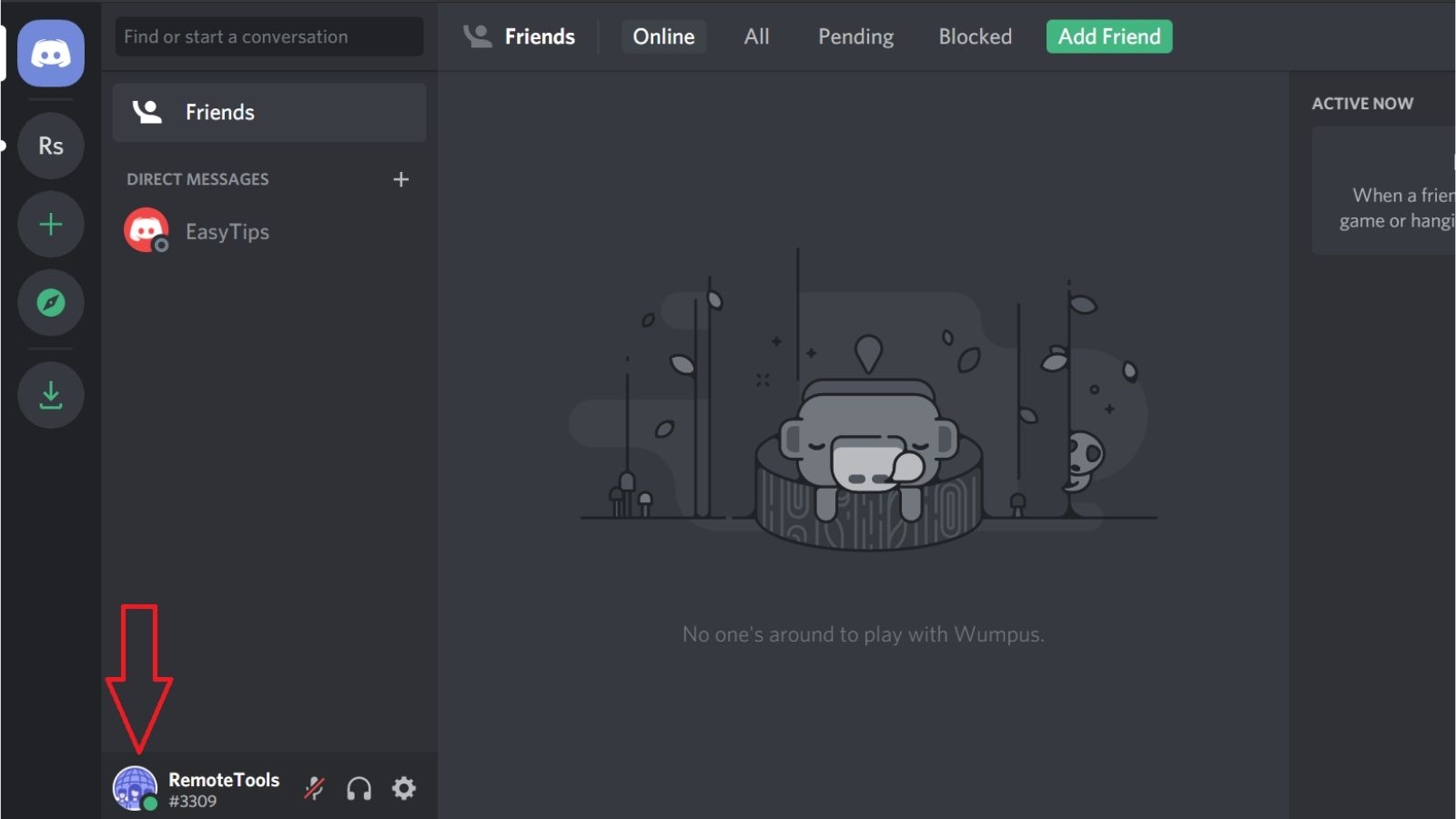 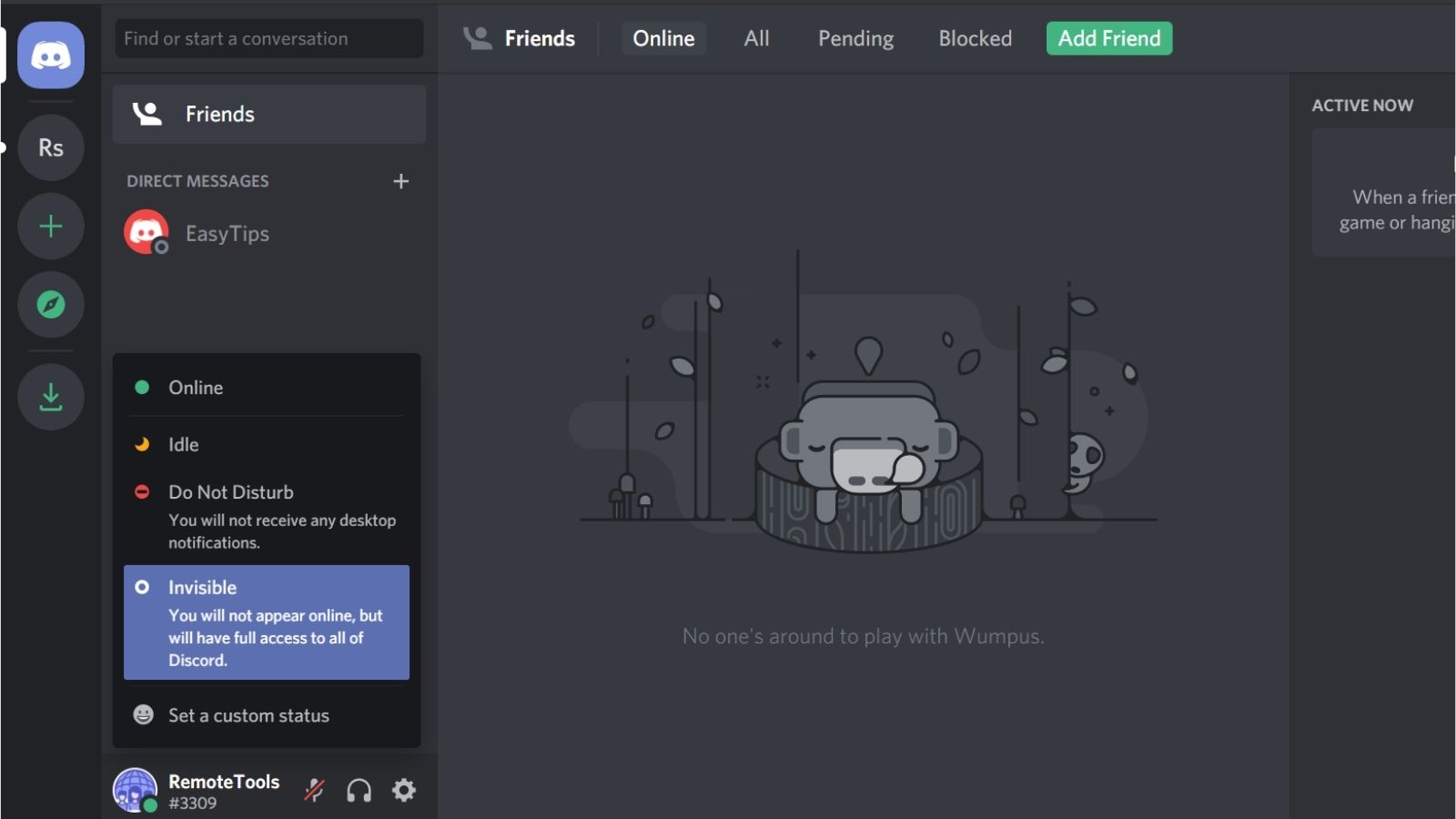 On the Discord mobile app:

Step 2. Tap your avatar at the bottom right of the pop-up screen 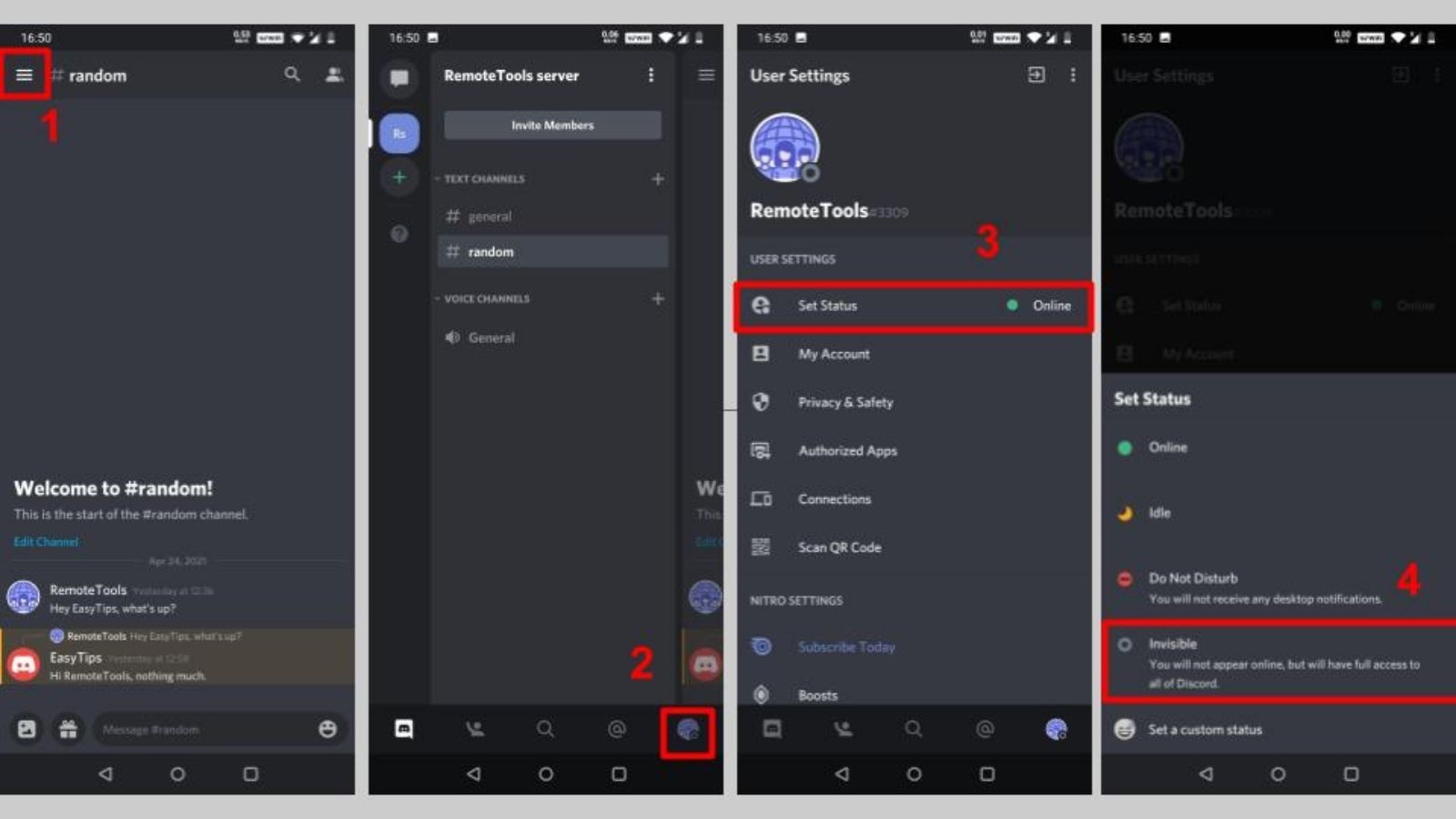 That’s it, you will now appear offline on Discord to all other users, without letting them know you’ve actually kept the app open. Remember to change back your status from ‘Invisible’ to ‘Online’ when you’re done with your tasks though. Follow the same steps described above.

Note: You can set a different status for each server that you are a part of.


How to set a custom status on Discord


Discord also lets you set a custom status where you can customise your visible status message, for each of the four standard status types.

For setting a custom status on Discord:

Step 1. Click on your avatar as previously described, and select ‘Set a custom status’

Step 2. In the pop-up dialog box, enter your custom status message, and select the desired ‘Clear after’ parameter to let Discord know when to stop displaying your message 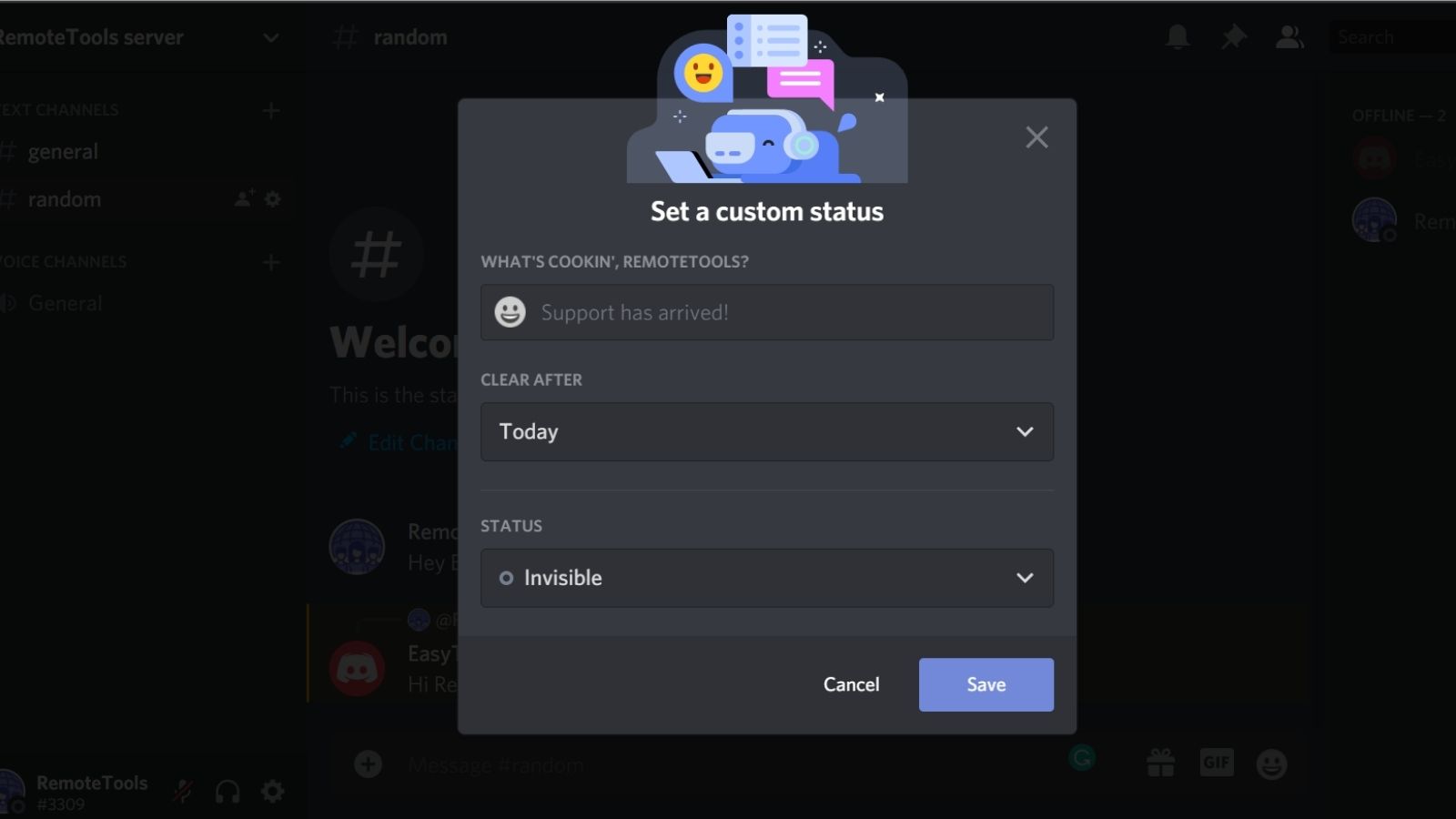 FAQs: How to appear offline on Discord


What will I miss out on if I set the Invisible status?


If you set your status as Invisible to appear offline on Discord, you won’t be restricted in any way. You’ll still be able to access the full functionality of Discord as you would get in the Online status. Nothing changes, except you’ll appear offline on discord.


Can you tell if someone is online but Invisible in Discord?


There is no way to know if a particular user who has a grey indicator next to their avatar, indicating that they’re offline, has set an Invisible status or not. Even server admins cannot do so.


How to hide friends who are offline from my friends list on Discord?

⇾ How to Change your Nickname on Discord

⇾ How much data does Discord use?

⇾ How To Ban (or Unban) Someone On Discord