Since its launch in 2015, Discord has successfully dominated the gaming world and proven a major threat to its competitors, Skype and TeamSpeak. While TeamSpeak and Skype were used by gamers initially, they came with limitations such as risk of DDOS attacks, and a lack of free basic features. Moreover, they weren't dedicated to the gaming community, and hence didn't have all features that a gamer would need.

Given that the Discord app offers great features to gamers for free, how does Discord make money? Read on to find out.


Simply put, Discord is a social network that is dedicated to gamers. It is ad-free, fun and easy to use, and lets users connect with other players in real-time via voice chat as well as text. Getting into servers with other users is also ‘invite-only’, ie, you can text in a server only if you are invited by someone on the server. Discord improves the overall gaming experience through better communication features, better call quality, group chat functionalities, and security.

Discord serves as an ideal social network for not only gamers, but for anyone who wishes to communicate with their groups in dedicated servers and channels offering really cool features. Discord presently brands itself as 'Your place to talk', and it delivers. The app makes it easier to interact with anyone you wish to, particularly useful in providing like-minded people a good place to share and talk about their interests. 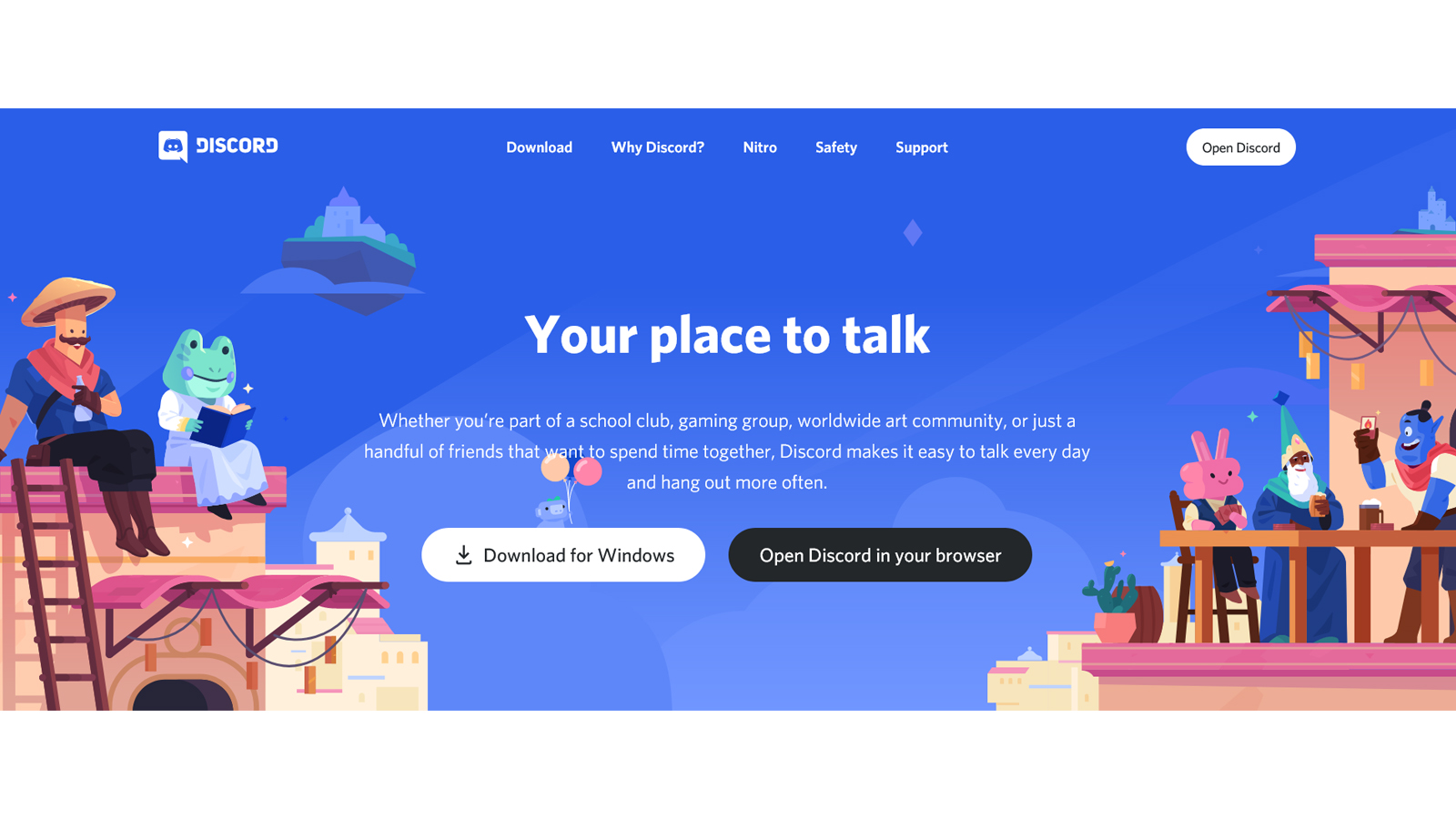 There are Discord servers dedicated to not just gamers, but also to book addicts, TV buffs, college clubs, and almost anything you can think of. So regardless of which community you belong to, you will find the app very useful.


Founded by Jason Citron (CEO) and Stan Vishnevskiy (CTO), Discord is headquartered in San Francisco. It was released first in 2015 to the public. By then both founders had an avid interest and had garnered a footing in the gaming industry.

Around 2011, Jason Citron sold OpenFeint, a mobile platform for social gaming that he developed, for over $100 million. Stan Vishnevskiy was an active Final Fantasy XI player, and he assembled a team of 40 gamers, which became the game's highest ranking team. Stan developed software tools to make the game better for his team, and tried to make a business using these, but it didn't take off.

In 2013, Stan joined 'Hammer & Chisel', a gaming studio that had been recently launched by Jason. The studio released 'Fates Forever', an iPad exclusive game similar to League of Legends. But, the game didn't really take off. The team had implemented some communication features into Fates Forever, and decided to grow their business there. In January 2015, the team officially started working on Discord.

As of Dec 2020, the company is valued at $7 billion. But how does Discord make money?


Back then, although there were some apps like TeamSpeak and Ventrilo in the gaming communications industry, they came with limitations. Problems such as renting servers from third-party vendors, monthly subscriptions and substandard quality made the experience poor. These challenges are exactly what Discord targeted.

In May 2015, Discord was launched, immediately gaining the attention of gamers all over the world, thanks to its smooth and user-friendly interface and the fact that it was completely free. A little over a year later, the company had over 25 million users. Since then, the app has made some big leaps to give the best experience to users.

Verified servers, partnerships with third-party content providers, exclusive access were all features that were immediately loved by users. There were negatives, too - cyberbullying, discrimination, crime, and terrorism showed the dark side of the gaming world.

To deal with this, Discord has gone to great extent to implement measures. 15 percent of the workforce is the trust and safety team. There is a 24/7 customer support team as well as automated systems to monitor and filter out unwanted activities and negative content. Discord has very clear community guidelines that could lead to bans if broken.


Some really cool features that appeal to Discord's user base are:

Again, being completely free and offering some great features to users, the question persists, how does Discord make money? Let's tackle it here.


How does Discord make money?


Although the app offers a complete user experience to gamers for free, there are some strategies Discord employs to make money. The Discord business model consists of multiple aspects as follows:


Discord Nitro is Discord's premium offering to enable the app to make more money. This offering has some really awesome features to have the ideal gaming experience, such as: 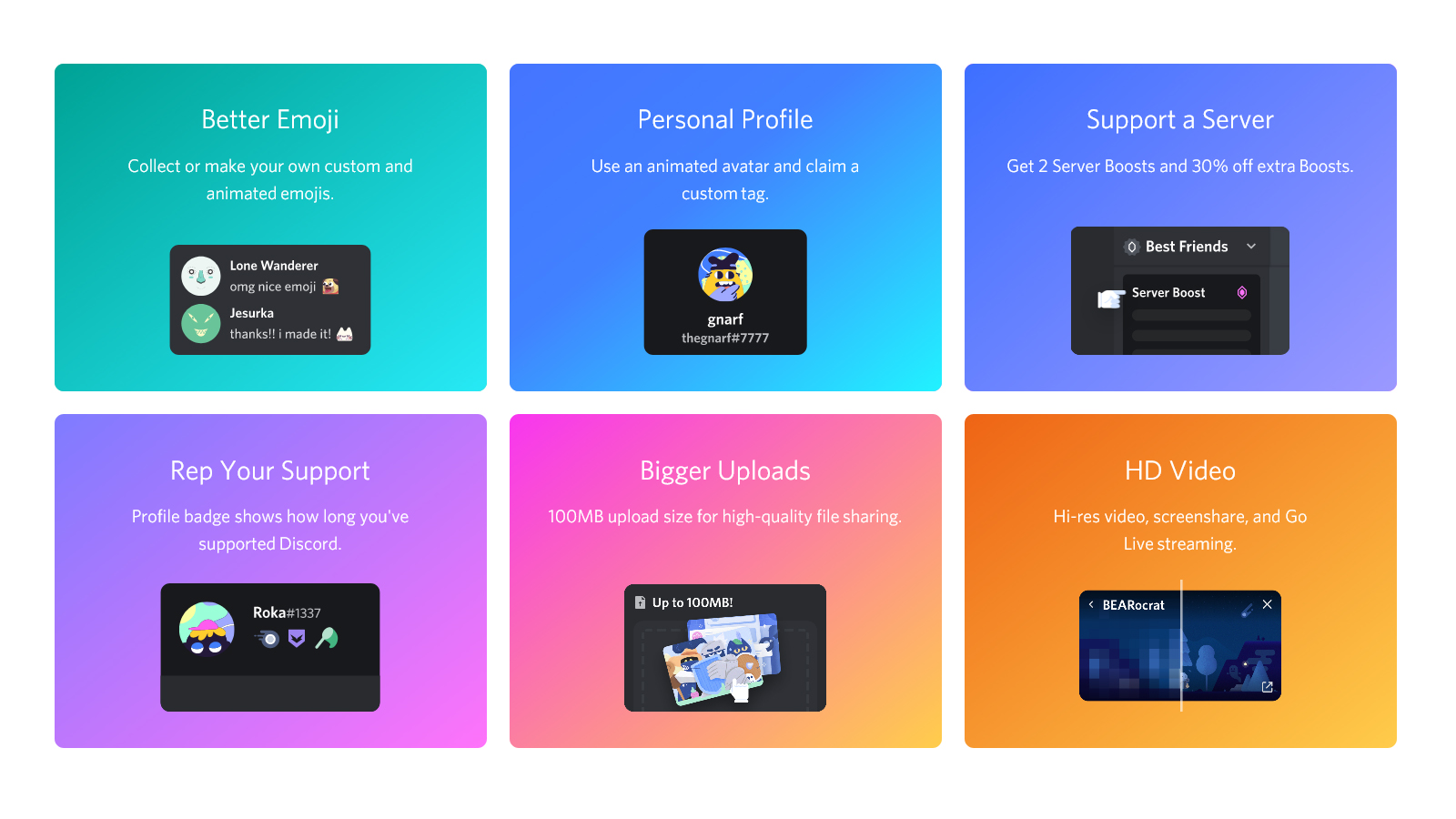 Discord's nitro offering is priced at US $9.99/mo and at a discounted annual offering at US $99.99/yr, leading to a large chunk of the company's income. This makes up most of the answer to the question of how Discord makes money in a big way. You can also get the base chat perks without a Server Boost by buying 'Discord Nitro Classic', at US $4.99/mo and US $ 49.99/yr.


In 2018, Discord globally launched a game store that allows game developers to sell games they make. For this, the makers need to get their servers verified after which Discord promotes the game in the store. When a game is sold, 90% of the revenue goes to the developers and the remaining 10% goes to Discord. This 10% revenue charged for distributing games helps the company to cover the operating costs.


Server boost is a feature offered by Discord, that enables a community to improve the functioning and performance of its Discord server. Servers can be boosted to 3 different levels and each level comes with its own perks. Nitro subscribers are given 2 server boosts as well as discounts on subsequent boosts as mentioned above. Server boosts normally cost $4.99 per month and can be enjoyed by all the members of the servers.


How does Discord make money - other ways - merch store


This feature isn't functional at the moment as Discord is making changes to it. But yes, Discord has a cool merch store where users can buy Discord merch. Dedicated fans of the platform can get t-shirts, caps, socks, etc. to show off their loyalty to the app. As of April 2021, the merch store has been taken down to be re-tuned and is expected to come up again soon.


How does Discord make money - other ways - Cosmetics store


A few add-ons that you may want to make your Discord experience even better are included in its cosmetics store. Stuff such as skins, custom emojis, and sticker packs can be purchased at a small price and contribute to Discord's overall money-making model.


Gamebridge/ Discord GameSDK: GameBridge was an SDK that allowed developers of games to integrate Discord into their games. It has been deprecated in favor of Discord GameSDK. Gamebridge included features such as automatch players, integrated sharing of screenshots, GIFs and videos. This was released along with the initial product in 2015, and then taken off before Discord GameSDK was launched in 2020.

Discord GameSDK offers feature sets that help the game devs build their games and sell them directly on their server.

Partnership with third-party apps and games: Discord can increase its revenues by getting into partnerships with gaming companies. Given the large user base of the app, potential partners could gain a wide reach while Discord earns addtional revenue

Not just games, even other integrations, such as Discord's recent integration with Spotify, would be great ways to increase revenue.


How does Discord make money through funding, what is its valuation?


Discord is VC-funded and receives funding from some ace firms. The company raised a total of $479.3 million in funding over 11 rounds. The most recent one being in Dec 2020, a Series H round, where it raised $100 million.

As of December 2020, the company had 140 million monthly active users, which is double the number it had a year ago. This TechCrunch article shows that Discord's valuation in the last round of funding was $7 billion. Just 6 months earlier, the valuation was half this amount. This shows how fast Discord continues to grow.


So, if you’re among the many who wondered, how does Discord make money, Hhopefully, this article has answered your question. Almost all of its revenue is through Nitro. Here's an estimate of Discord's revenue over the years. Though, note that the firm hasn't publicly disclosed the exact values.

Similar to the revenue stats, the usage stats also show a big increase. Although some years didn't see that much of a boost, the surge is evident in more recent times.

⇾ Is BetterDiscord not working?

⇾ How to Change your Nickname on Discord?

⇾ How to Appear Offline on Discord?

⇾ How does Zoom make money?