Find out how to make an AFK channel in Discord. Make an AFK/ inactive channel using either your computer or mobile device with ease.


Has it ever happened to you that you've moved away from Discord for a while, but your friends kept telling you stuff? For instance, situations where you're gaming with your friends and need to run a quick errand. This could hamper the team's game and also annoy you with a lot of missed items when you get back.

If you see that members are talking to a user who doesn't seem to be answering, then they're most likely away for a while. Did you know that Discord allows you to put such users in a channel to show that they are away? Discord allows server owners to create AFK channels so users who are away aren't sought after. Users can also show that they are AFK for a while so that the game isn't disrupted.

In case you're wondering what this AFK (Away from keyboard) status is and how to make an AFK channel in Discord, read on!

What’s an AFK Channel, what are its uses?


AFK stands for 'Away from keyboard'. Hence an AFK channel is for users who are away from their keyboard for a while. When a user is online, but not active on the server, a Discord AFK channel becomes very useful.

Discord adds users to AFK channels when they're inactive for a certain number of minutes. The server owner decides this duration.

Some uses of an AFK channel are:

Given that users would often need to be away from their computers for several pertinent reasons, it's unfair to kick them out. At the same time, it's also unfair on the team to keep waiting for them. To tackle this, AFK channels are ideal.


How to make an AFK channel in Discord

Also, note that only voice channels can be set as inactive /AFK channels, and not text channels. Members cannot stream videos or share their screens in an AFK channel.


To make a Discord AFK channel for all the users who have been inactive for a while, you can follow the below steps. 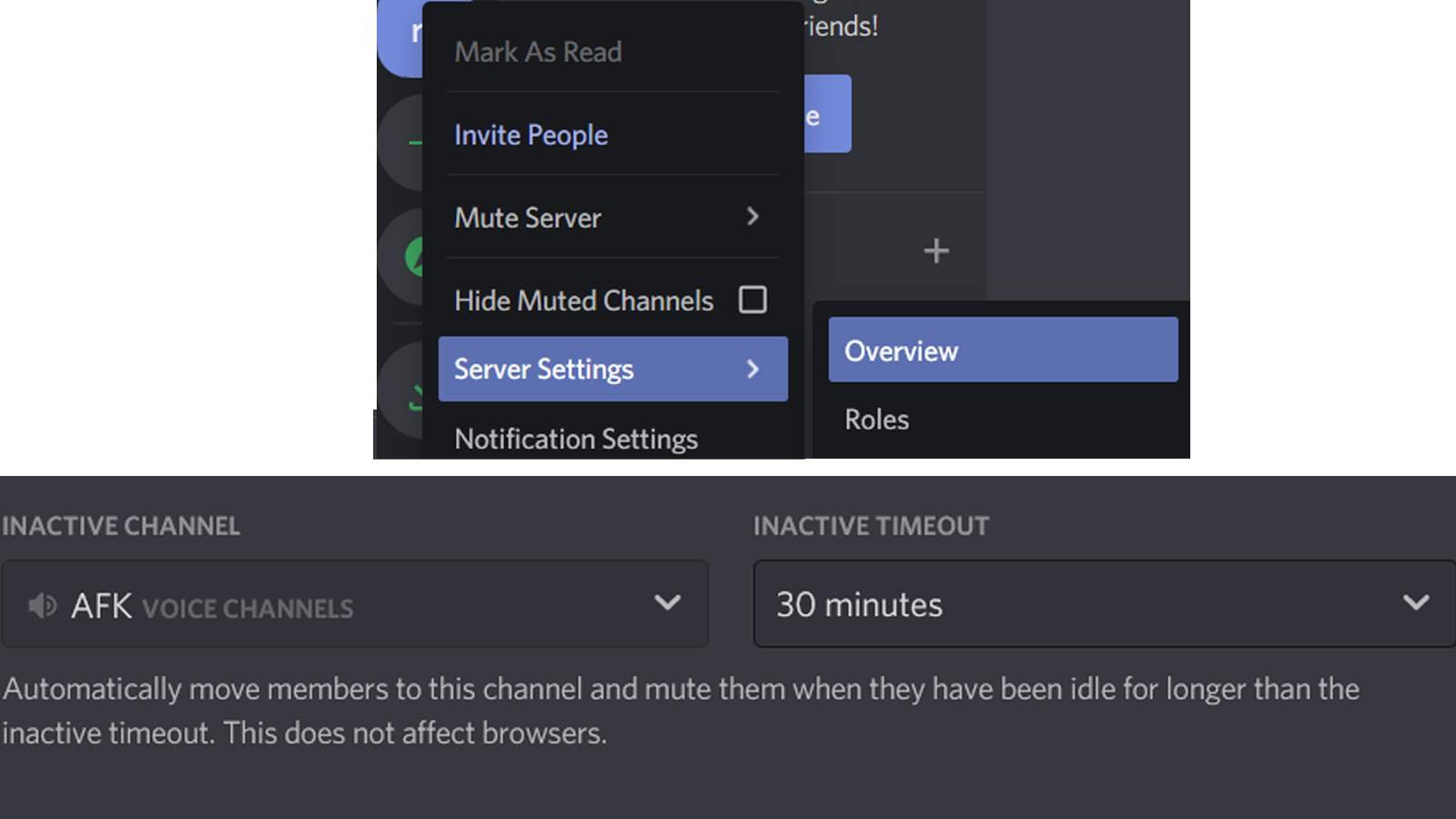 Whenever Discord moves a user to the Inactive channel, it will show a popup notifying them of the same. Users can also move themselves to this channel if they wish to go away for a while. 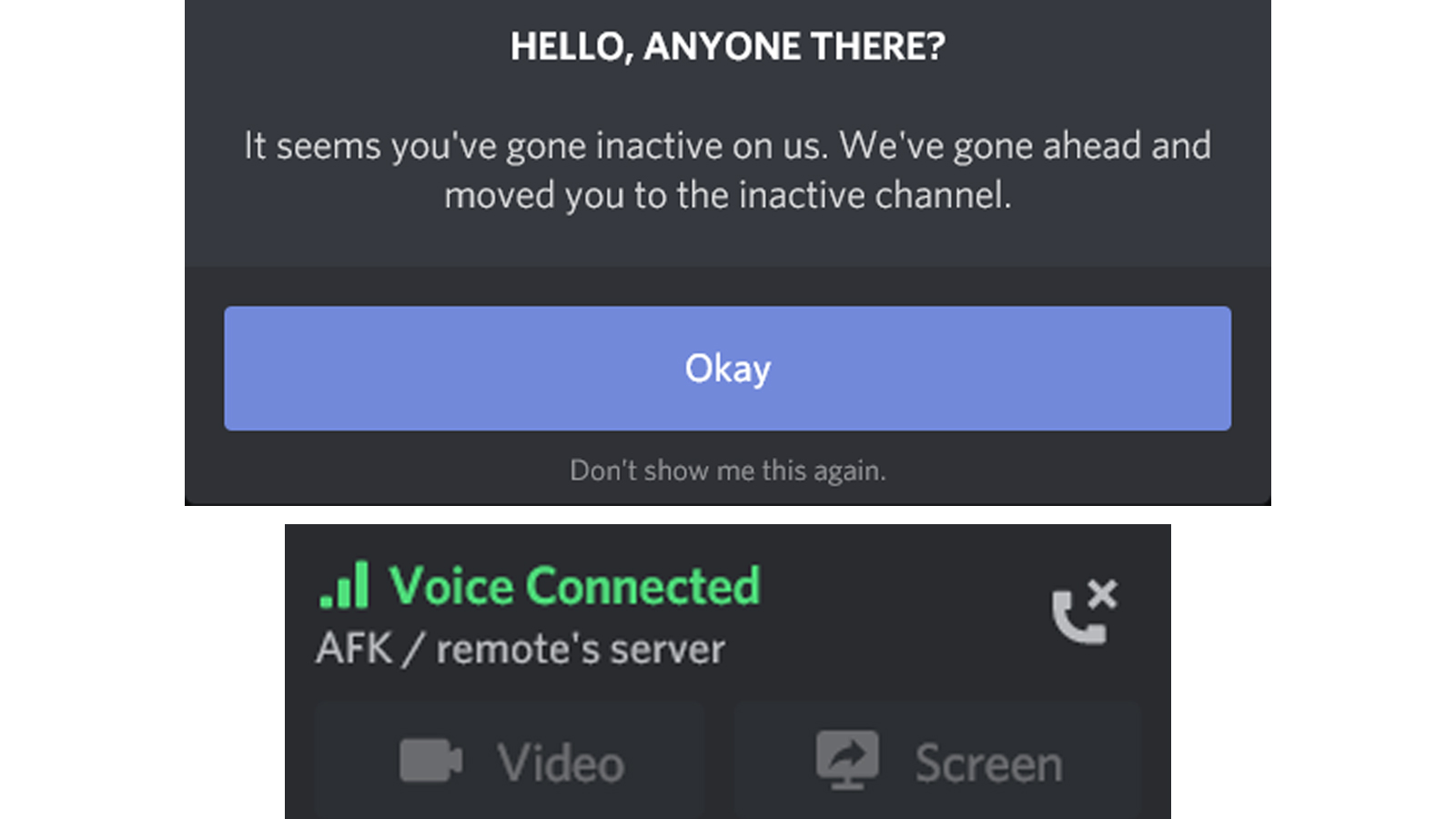 On a mobile device:


To make an AFK channel on Discord using your mobile, 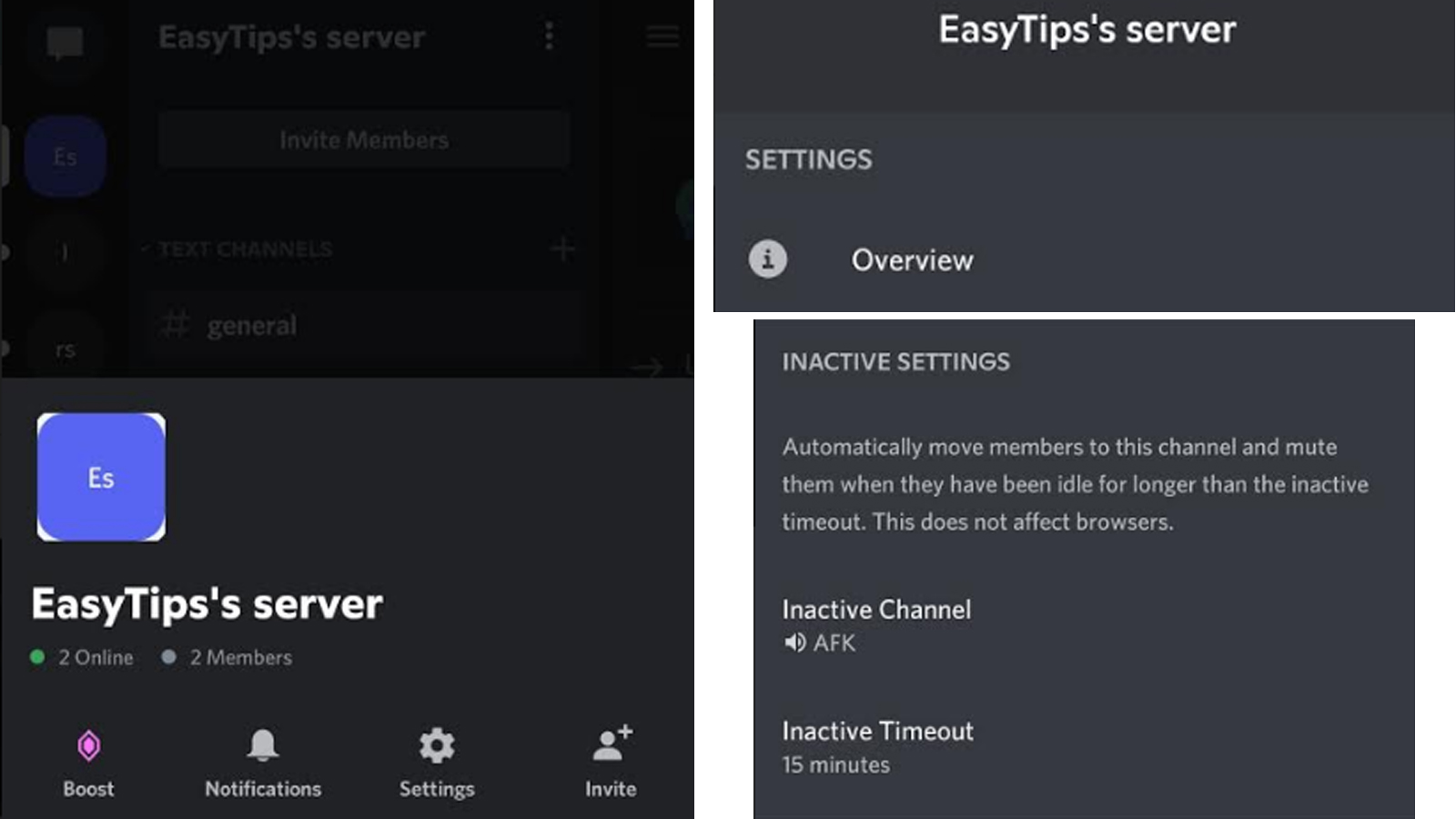 
Consider you are away from your keyboard for a while, but your server does not have an AFK channel. How do you let the fellow members know that you're AFK? You can text or say it and leave, but there's a more elegant way of doing so.

You can use the Dyno Discord bot to let your fellow server members know you're AFK. To use this, add Dyno to Discord and use the '/afk' commands. All you need to do is type in a forward slash, '/' and then 'afk'. Press Enter and type in a message with the reason. Now, you can see that your name on the server will display with an [AFK] before it. Another way to set AFK is to '@' mention Dyno and say AFK. If you're back before the set time (default - 20 mins), then you can send a message on the channel and Dyno will remove the AFK. 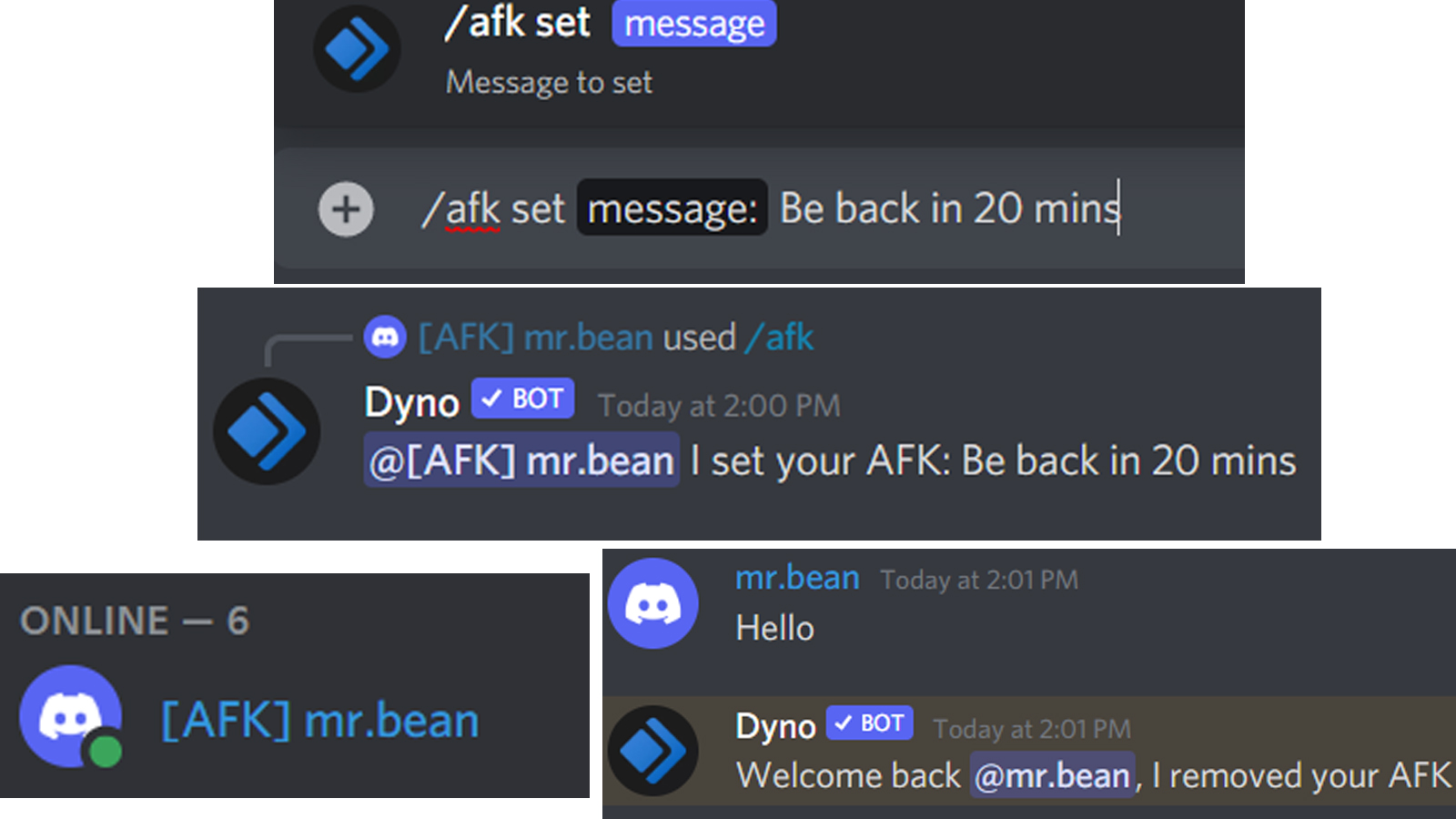 ⇾ How to find your Discord ID‍

⇾ How to uninstall BetterDiscord