Why can't I add someone on Facebook? All possible reasons‍

Right from its start, Facebook has changed the way we connect with friends and although it’s been over 16 years since the app was first launched, it continues to rule the social media rooster. Facebook has not only revolutionized the world but retained the trust of its users despite its many competitors.

If you are an active user, then surely you’d be pressing the ‘Add Friend’ button quite often to connect with the people you know over Facebook. However, if at any instance you’ve not been able to see the ‘Add Friend’ button on a Facebook profile, and wondered why you can’t add someone, then this below blog is for you. We’ve given a detailed explanation of the various reasons due to which you can’t add someone on Facebook along with how to sort the issue.

TABLE OF CONTENTS - Why can’t I add someone on Facebook?


Wondering if there even is a friend limit on Facebook? Well, unfortunately (or perhaps, fortunately), there is. Facebook allows you to add a maximum of 5,000 friends. Beyond this, if you want to connect with someone, you’d have to change your account into a Facebook page.

Another point to know about the Facebook friend limit is that if a user has sent you a request before they hit the limit, and then touch 5,000 friends before you accept, you will now not be able to view their request.

An easy way to fix it if you’ve reached your limit is to unfriend a few people from your friends list and bring the number below 5,000.


Facebook lets you have a highly customizable experience as far as who can connect with you and see your activity is concerned. Under Facebook’s Privacy Settings, users are enabled to select who can connect with them on Facebook. One important privacy feature is letting only friends of friends send you friend requests, and not everyone, which is the default setting.

So, if you are unable to send someone a friend request on Facebook and it’s also not showing that you have any mutual friends, then it’s most likely that the person has restricted their Privacy settings.

In such a situation, you can try to connect with more and more people to eventually have a mutual friend with that person. Even if you have just one mutual friend, you will be able to add this person as a friend. If you do not want to wait that long, and you know them outside of Facebook, simply ask them to modify their settings for a bit or send you a request. 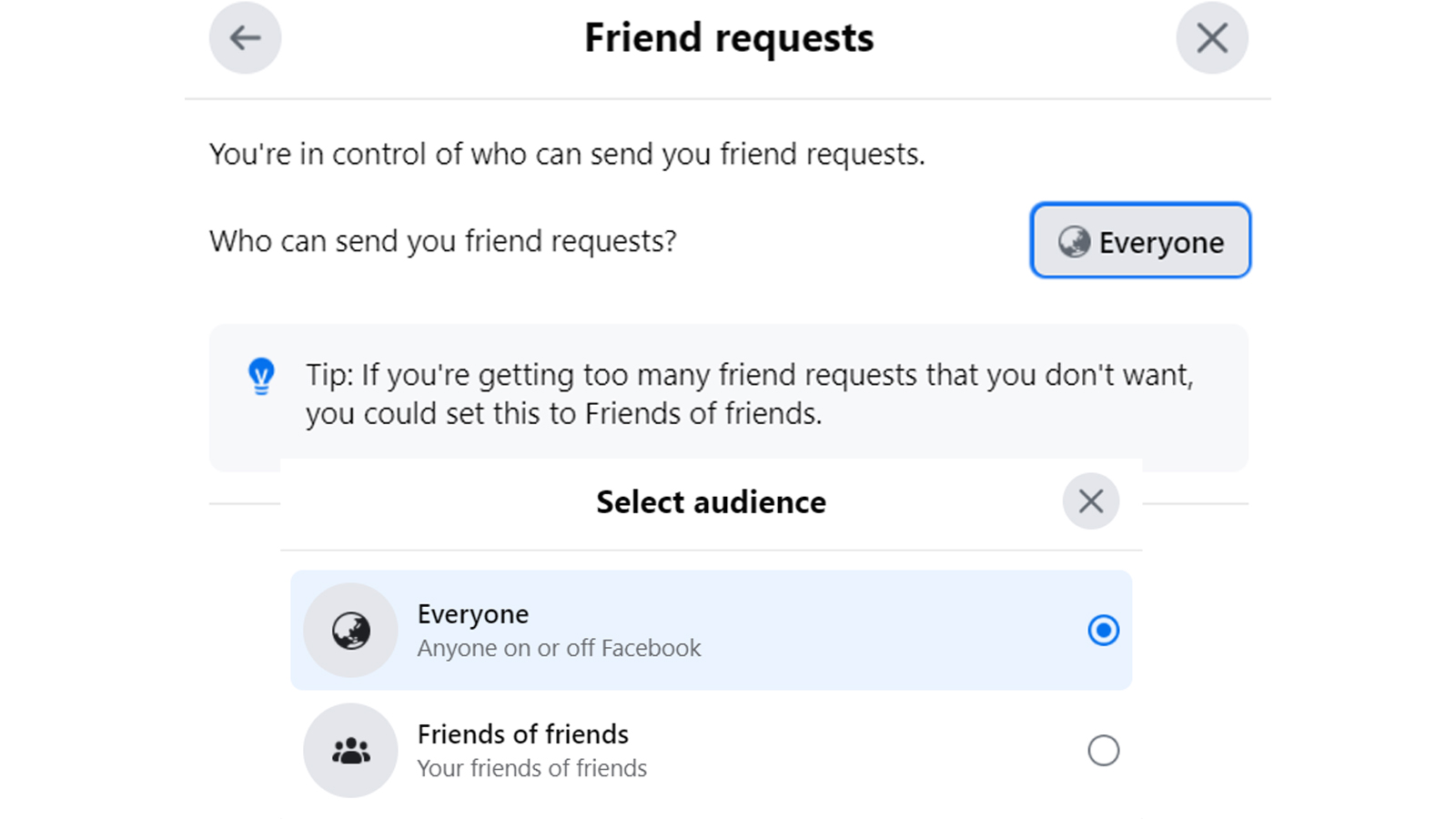 
Wondering why someone isn’t on your friend list even though it’s been a while since you sent the request and you know that they’ve been active (maybe they’ve changed their profile or cover photo)? The person you are trying to add as a friend may have deleted your friend request. In this case, though, you can see the ‘Add Friend’ button on Facebook once they’ve deleted your friend request. Note that if they’ve changed their privacy settings, there are chances you may not see the button.


You’ve blocked them or you’ve been blocked by them


If at any point in the past you blocked a certain person on Facebook, then you can not add them as a friend, unless you unblock them first. Similarly, if the user has blocked you, then, too, you cannot send them a friend request. In fact, you will not even be able to view their profile when you search on Facebook.

If you have blocked someone in the past but want to add them now, then you can check the list of people you've blocked in Facebook's ‘Blocking’ settings and unblock the said person. If they've blocked you, though, you can only wait until they unblock you.


To ensure that users enjoy the best Privacy options on Facebook, the app places temporary bans on users and bars their accounts. This is done to prevent spam/ abuse of the platform. So, it is likely that your account has been temporarily blocked from sending friend requests on Facebook due to any of the following reasons:

If this does happen, Facebook will notify you that your account has been temporarily blocked from sending requests. You will get such a notification in your Support Inbox (seen in Facebook’s ‘Help & support’. This block is only temporary and you should soon be able to add people on Facebook. 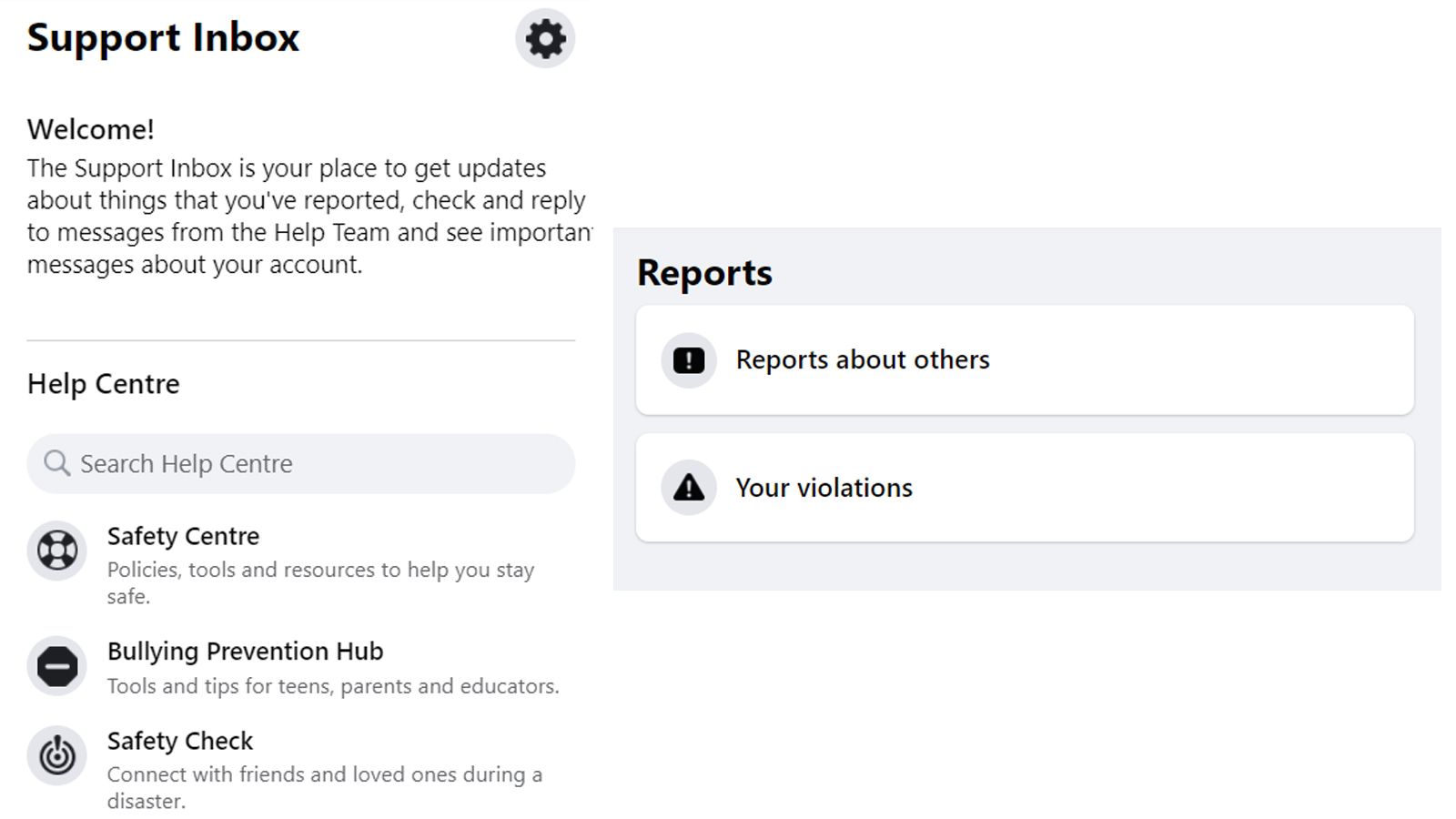 
If you know that someone is using Messenger and want to add them on Facebook, but can’t find them, then it’s likely that their account has been deactivated.

Facebook allows users to temporarily deactivate their accounts without completely erasing their data under the ‘Your Facebook information’ Settings. Through this option, most of the data on your page will be hidden from the users. So, if you are wondering why you can’t add on Facebook in spite of there being no other restrictions, then it’s probably because they’ve deactivated their account. 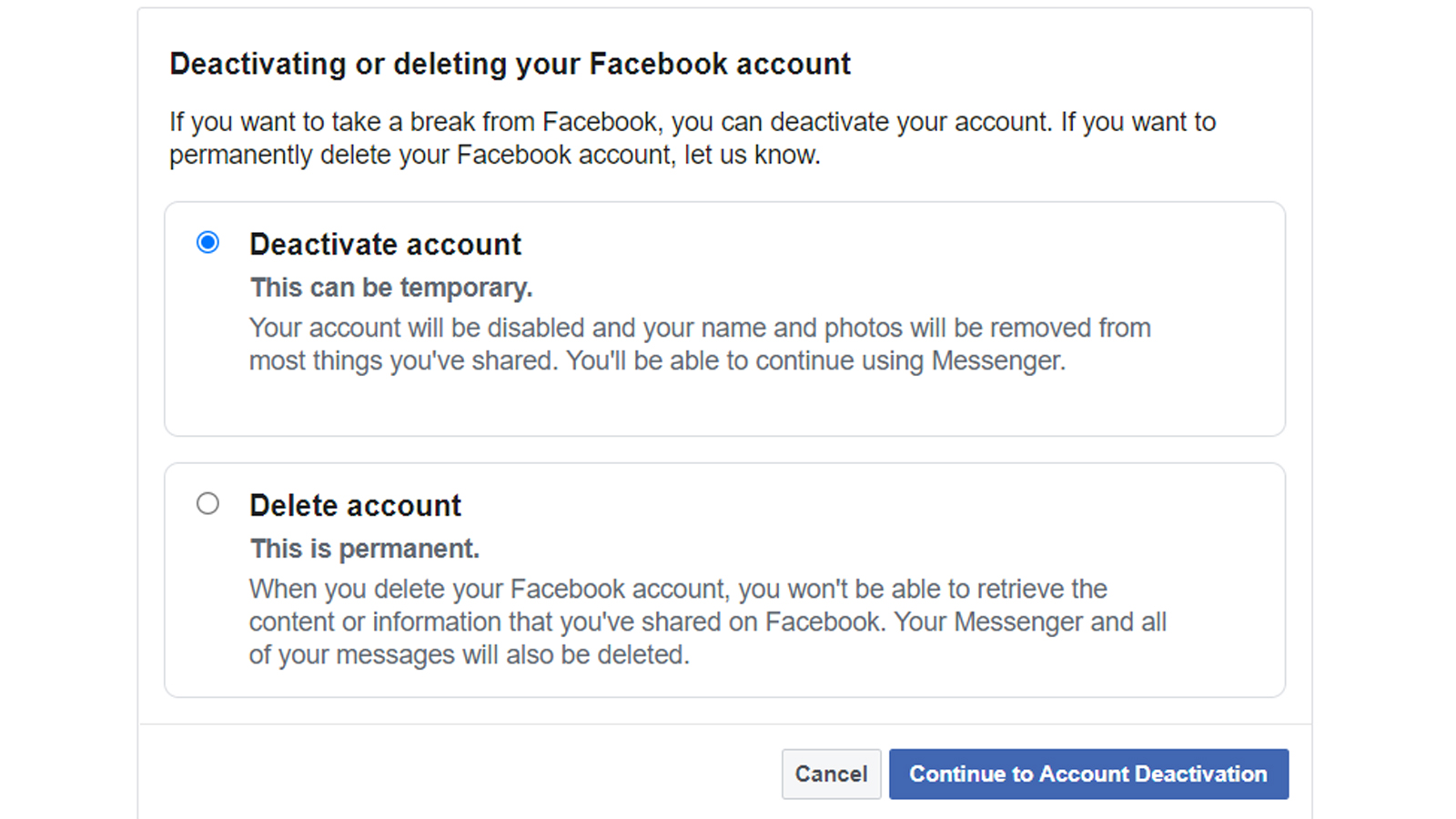 
Similar to blocking you from sending friend requests, if Facebook finds that the other person has violated a lot of the platform’s user guidelines, their account will be temporarily restricted. In such cases, you may not be able to send a request to that person. To determine whether this was the case, you can check back after a few days to see if you are able to view the ‘Add Friend’ button now.


They’ve marked your request as spam


If you’d sent a request to someone in the past, but then they reported your profile to Facebook’s support, you will not be able to send a friend request again to this user.

Facebook users can report an account for multiple reasons if they do not adhere to the Community Guidelines and if a user has done this to your profile, then they have reported your account as spam or taken some stern action against you, then you will not be able to add them on Facebook. 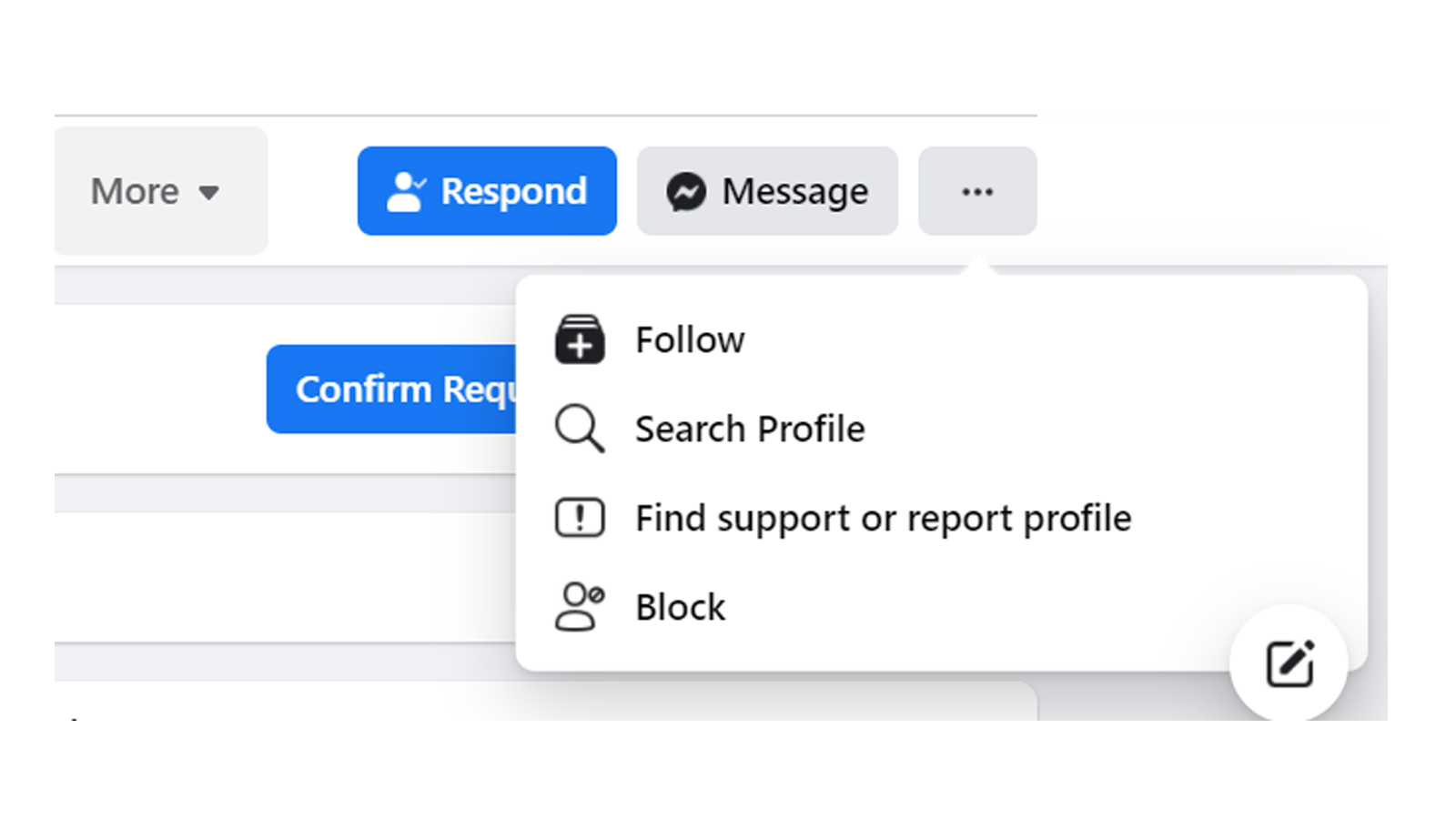 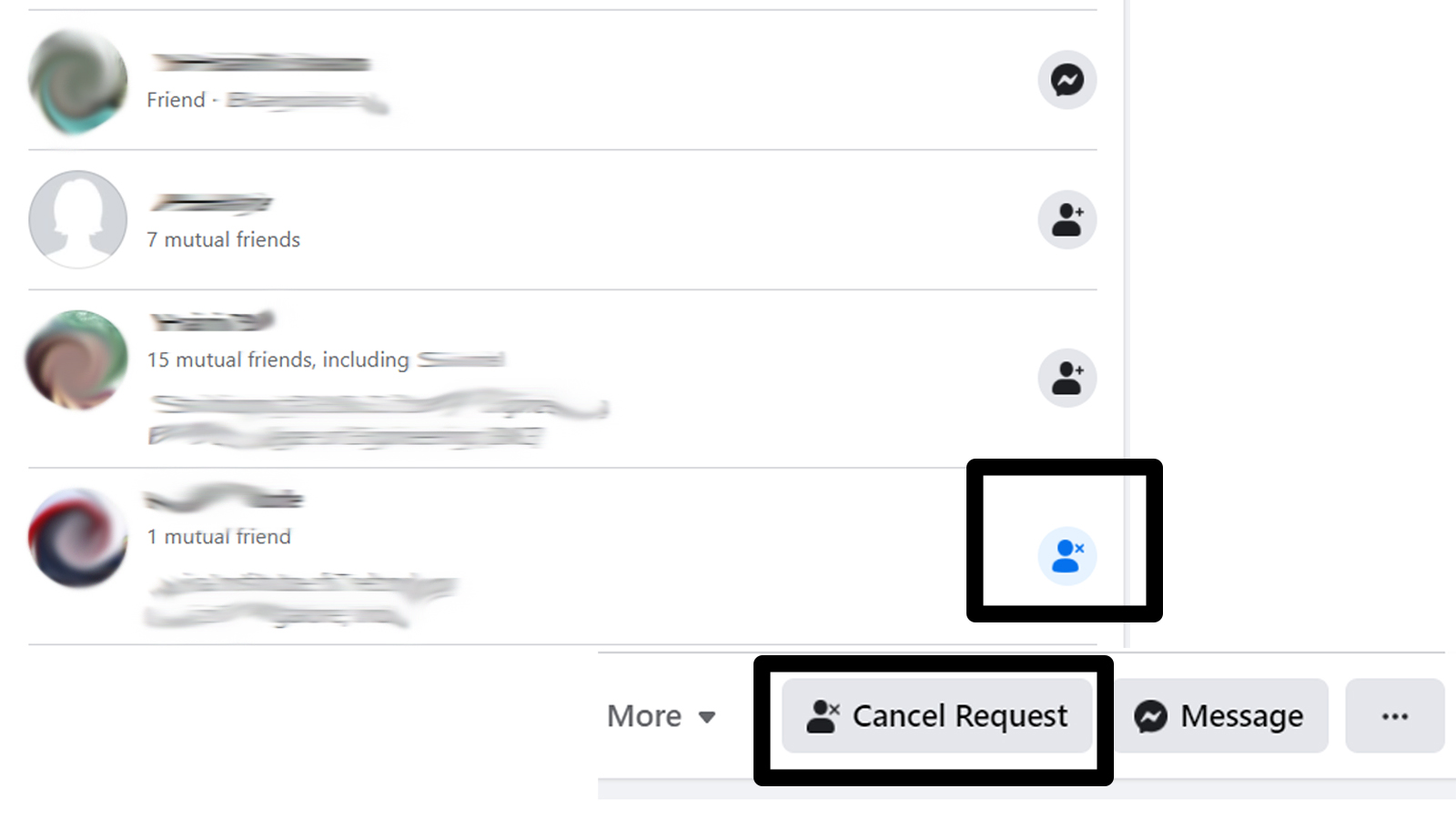 They’ve not accepted your request yet


Maybe you would have sent a request to someone and they’ve not accepted it yet. If it’s been a long time, then you could have also forgotten about having sent them a request and tried sending a request again. In such a case, Facebook will give you the option of canceling your friend request to this person on searching for them or opening their profile. So if this is the reason, you can remind them in person or cancel and resend your request so that they get a reminder about it again.


Yes, it might seem like quite an obvious explanation, but don’t rule out the possibility that you and the other person may already be Facebook friends. Of course, this doubt is easily cleared if you actually open the person’s page and check. Facebook will show that you are already friends on both the desktop and mobile app. If you have searched for the person and can’t see the ‘Add’ button in the list, then Facebook will show the ‘Message’ option for that person. 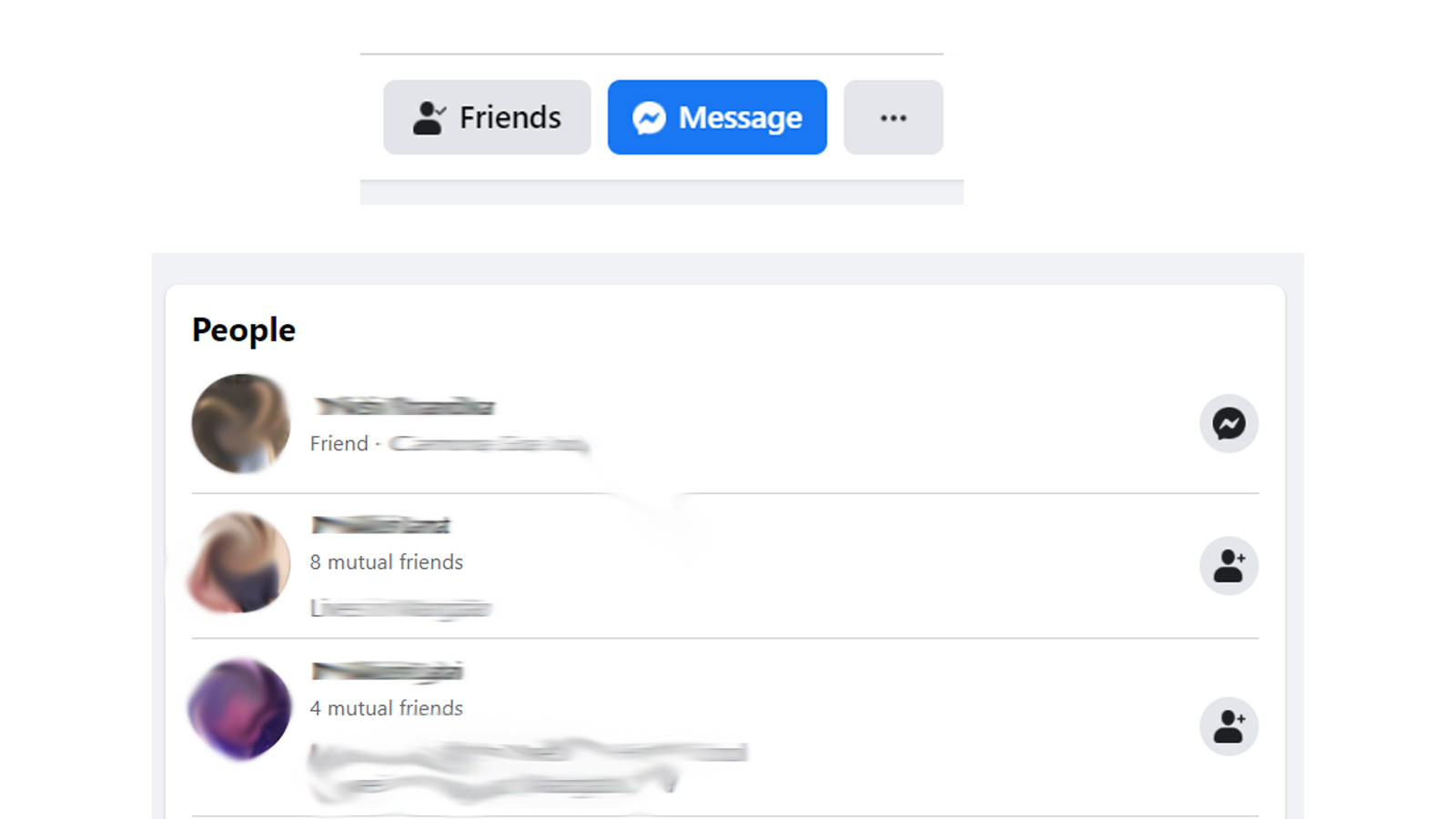 ⇾ How to remove someone on Messenger in 2021‍

⇾ How to tell if someone removed you on Snapchat‍

⇾ How to add voice effects on TikTok

⇾ How to fix issues with Discord Rythm Bot‍

⇾ How to find someone on Snapchat