What Does ‘Idle’ Mean In Discord?‍

What does Idle mean in Discord? How does Idle differ from Invisible or Do not Disturb in Discord? In this article, you’ll find out the answers to these questions and more.


Discord is a Voice over Internet Protocol (VoIP) based messaging application that is very popular among gamers across the world. Its advanced features and wide range of personalisation options have also led more mainstream users and teams to use it. The ability to create ‘servers’ (i.e., chat groups) in Discord and add up to 100k members to a server has led to Discord being used by tons of online communities for just about any topic you can imagine.

Since it is an open API, Discord lets developers tweak much of the app’s appearance and functionality to virtually create their own versions of the app. Further, Discord also offers extensive customisation options via built-in appearance themes and markup-based text formatting options for the less tech-savvy users.

Like most of the popular chat applications, Discord provides users with the ability to set their status. Discord also automatically sets a user’s status based on their activity on the app. One such status is the Idle status - which appears as a crescent moon icon next to a user’s avatar and username in the right sidebar. However, new users often wonder what the status is trying to convey, and what does Idle mean in Discord.

In this article, we explain what the Idle status means on Discord, and why it pops up. We also discuss the other types of Discord statuses as well as how to manually set Idle and other statuses on Discord.


What does Idle mean in Discord?


The Idle status in Discord indicates that the user has not looked at messages or been active in the server for a period of 5-10 minutes. However, if a user has the Idle status, it doesn’t mean that they have signed out - nor does it mean that their internet connection has disconnected.

This status is very helpful for others on the server and indicates to them that the person is away and might not respond immediately to any messages.


How to manually set your status as Idle in Discord


Discord automatically detects your activity on the app and sets a status accordingly. Idle is set automatically when you don’t open the Discord server for a while. However, you can also set your status as Idle manually if you want to signify to others immediately that you’re AFK.

Here’s how to do it:

Step 1. Open the Discord server where you want to set your Idle status

Step 2. Click on your profile picture on the bottom-left corner of the screen 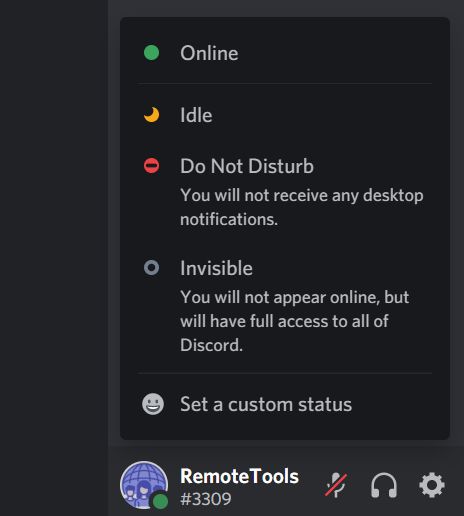 Step 3. Select “Idle” to set it as your active status

That’s it, once you set your status as Idle, you’ll see that a small yellow-colored crescent moon icon will have appeared next to your profile picture in the right sidebar. Other users will see the same.


These are the various statuses that you can set on Discord: 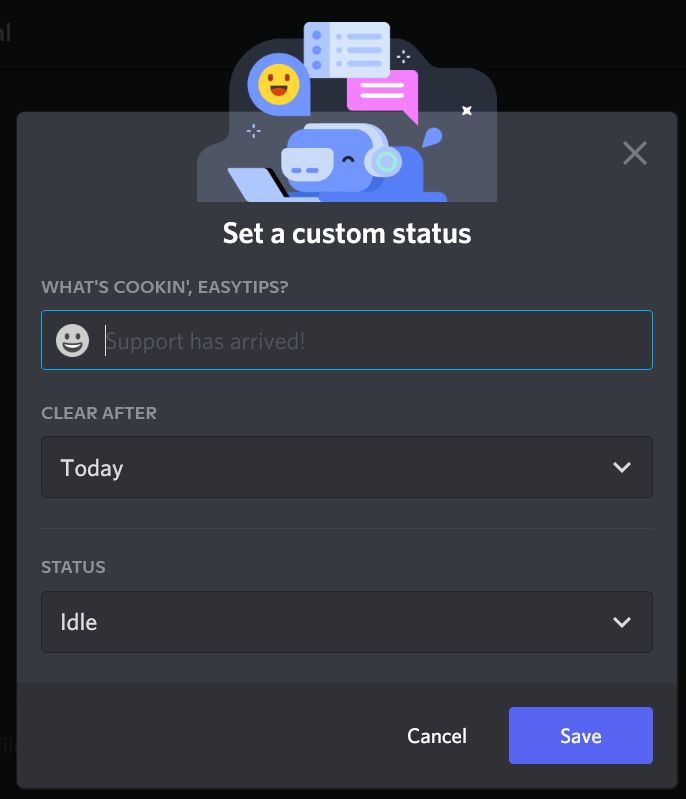 ⇾ How To Add Discord Widget To Your Site‍

⇾ How to Uninstall Discord on Windows and Mac‍

⇾ How to put multiple pictures on Instagram Story - 4 Ways!‍

⇾ How to see how many friends you have on Snapchat