What Does the Red Heart Mean on Snapchat?‍

Confused over what does the red heart mean on Snapchat? No more confusion! Read our guide and understand Snapchat emojis like a pro!


Did you know that as of 2021 Snapchat registered 306 million daily active users? Since its launch in 2011, Snapchat has grown into one of the most popular social media networks in the world, comfortably competing against giants like Twitter and Facebook.

If you have used Snapchat before, you must have noticed emojis on the app. Ever wondered what does the red heart mean on Snapchat? If you did, this article is for you.

The red heart appearing against your friend’s name on Snapchat implies that you both have been each others #1 best friend for two consecutive weeks. 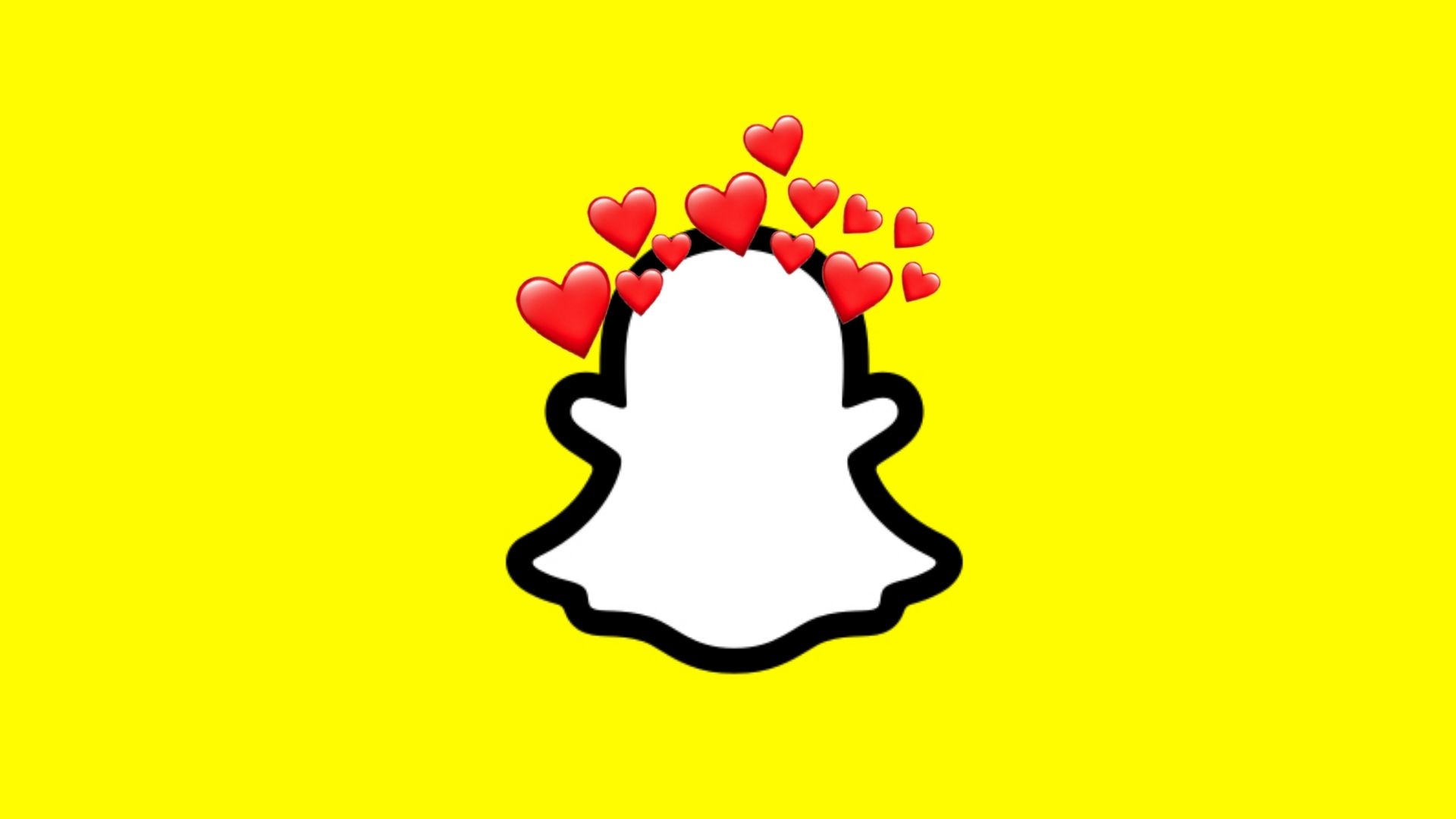 Now that we have understood what does the red heart mean on Snapchat, let us brush our basic understanding of Snapchat and its world of emojis. Let’s begin, shall we? 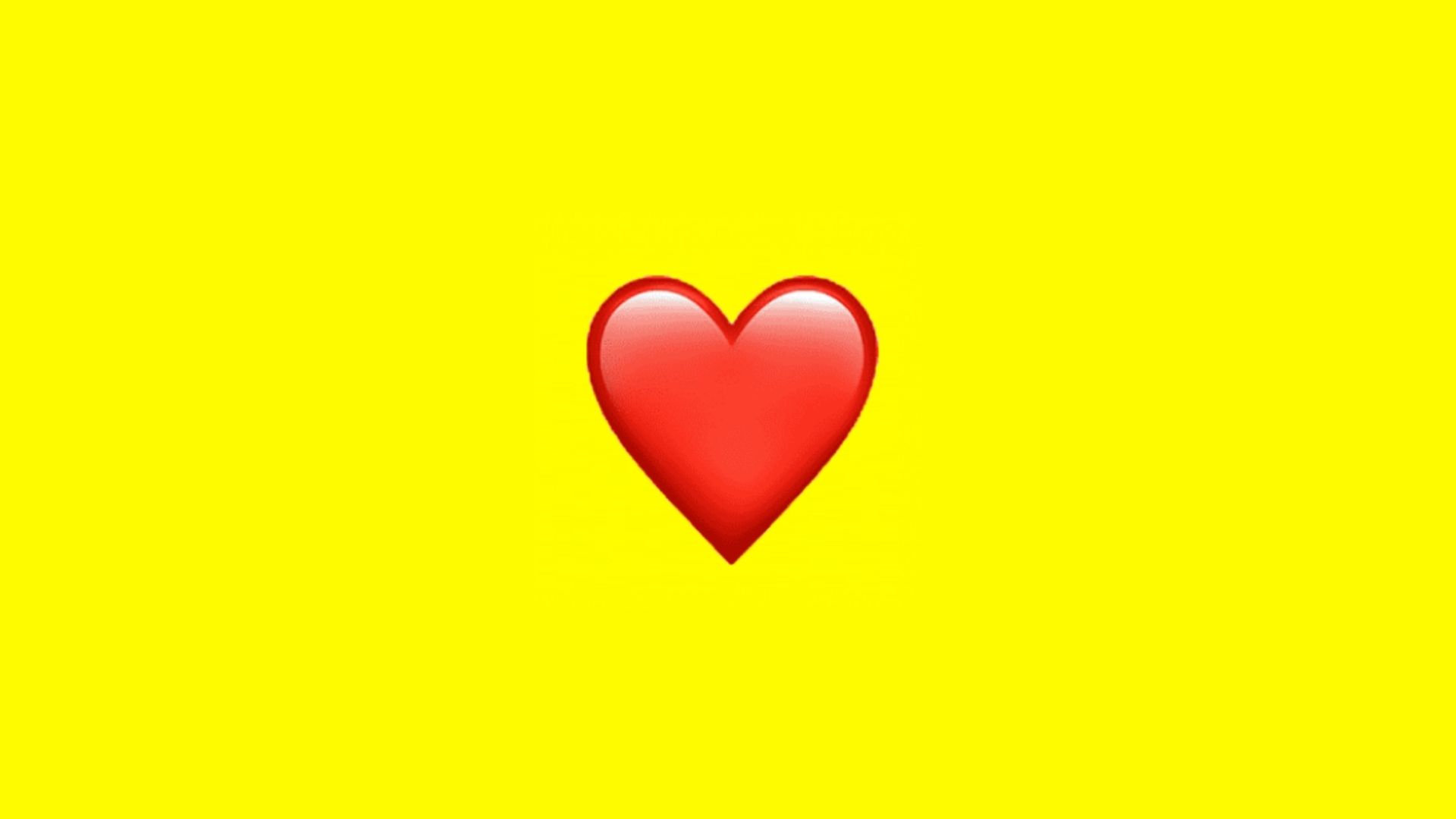 Snapchat emojis are assigned to your friends depending on the level of your friendship. That is how much you bug each other by maintaining streaks! For example, the famous red heart emoji means this -

💗 Red heart ➝ A red emoji means you have been #1 best friend with that user for 2 consecutive weeks!

Everything You Need to Know About Snapchat

Snapchat is undoubtedly one of the most loved social media apps among GenZ and millennials.

As a matter of fact, recent survey data shows that Snapchat has scored a whopping 72/100 points on a consumer satisfaction scale. It is racing ahead of its competitors Twitter and Facebook.

Chat privacy is one of the most interesting features of the app. Unlike any other social media application, the messages and snaps are set to disappear after a stipulated time period (the maximum being 24 hours). However, users can feel free to save texts and snaps as they like by hitting the save button.

Apart from this, the app also comes with quirky and interactive filters, cool game challenges, actionmojis, location sharing features, emojis and much more!

One of Snapchat's many quirks is the list of emojis it seems to randomly place next to your friends' names. But, are they really placed randomly? No, they symbolise your friendship with fellow Snapchat users. Ranging from the grimacing face to the pink heart, they speak volumes about the virtual bond you share with your friends.

If you are new to the world of emojis on Snapchat, you are not alone! We’re done answering the question- What does the red heart mean on Snapchat, so let’s look further.

Just read through our guide below and turn into a Snapchat pro user within minutes. Let’s start! 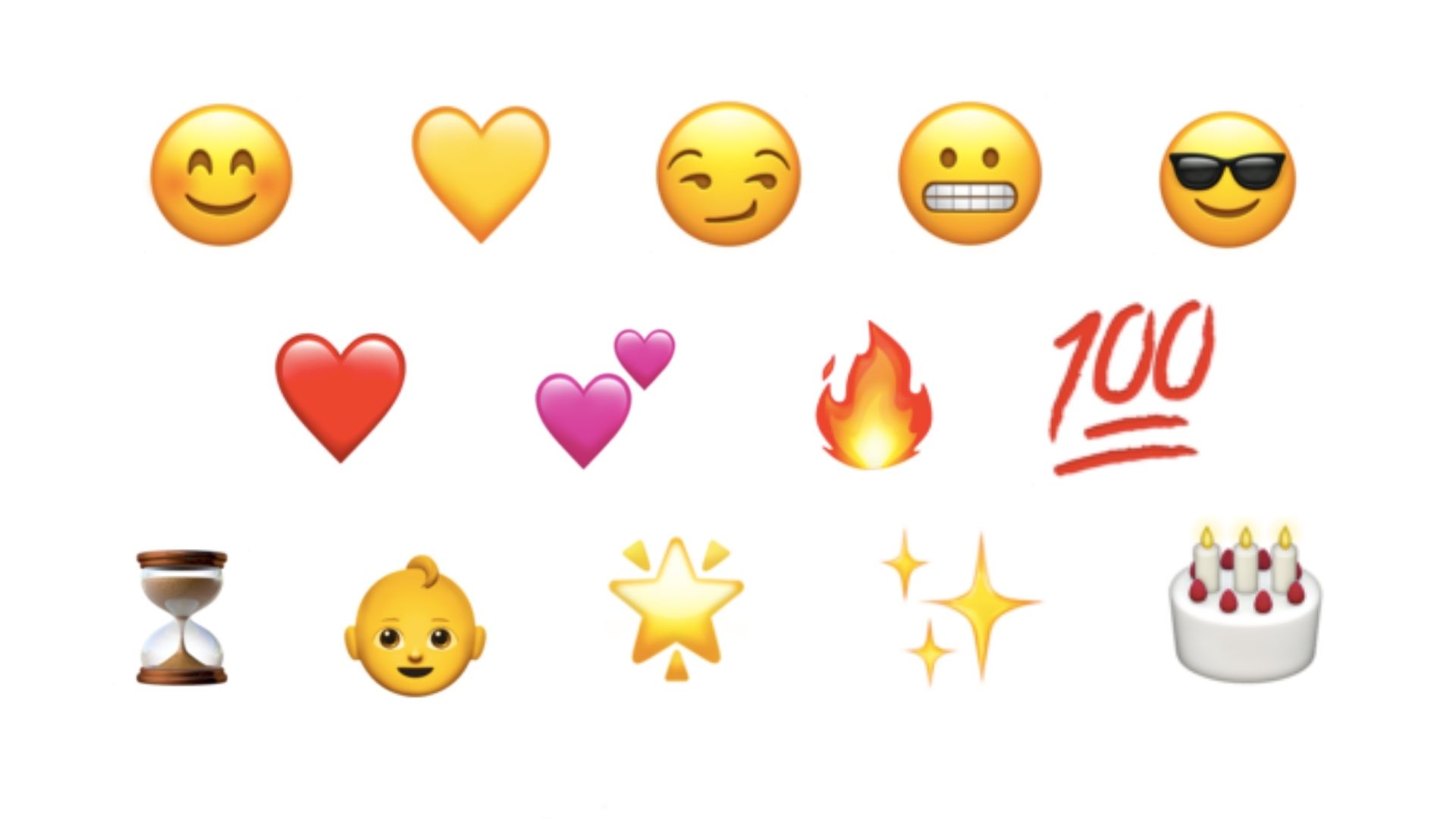 This emoji denotes a new friend. It signifies the beginning of a friendship between two users.

Such an emoji implies mutual friendship. It means that you and your friend have a common best friend, i.e., you both send a lot of snaps to the same person.

When the Grimacing face emoji appears next to the name of a user, it implies that you both have the same #1 best friend.

This emoji tells you that you are one of their best friends, but they aren’t yours. Simply put, they send a lot of snaps to you but you don’t.

Red heart on Snapchat means something right? So does the smiling face. This emoji stands for a best friend. You both send each other snaps regularly, but aren’t each other’s #1 Best friend.

The Fire emoji denotes a snapstreak. Notice carefully, and you will observe that a number appears beside the fire emoji against your friends’ names. It tells you the number of consecutive days you both have regularly sent snaps to each other.

This friend has a birthday today. Only displays if friend has the Birthday Party feature enabled in settings.

Hey, watch out! Your Snapstreak is about to end. Send a snap immediately to keep it alive.

100 Day Snapstreak? Wow! The 100 emoji appears next to the fire when you snap back and forth with someone for one hundred days in a row.

Although emojis might not mean anything in the real world, they are a fun way of communicating on social media and especially on Snapchat. Here, these emojis show how closely you connect with your friends.

For instance, a big number beside the fire symbol, i.e., your snap streak with the respective person can show that you both have been staying in touch regularly. Combine that with other emojis like that of a ‘Smiling face’ or a ‘Red heart’, it implies that the bond you both share is special.

We know what does the red heart mean on Snapchat. But what about the yellow heart on Snapchat?

This emoji stands for #1 best friend. It means that you and your friend send each other the highest number of snaps.

Let’s take a refresher on what does the red heart mean on Snapchat.

It stands for BFF, and implies that you and your friend have been each other’s #1 best friend for two consecutive weeks.

Like the red heart on Snapchat stands for BFF, the pink heart stands for Super BFF. It implies that you both have been each other’s #1 best friend for two months in a row. 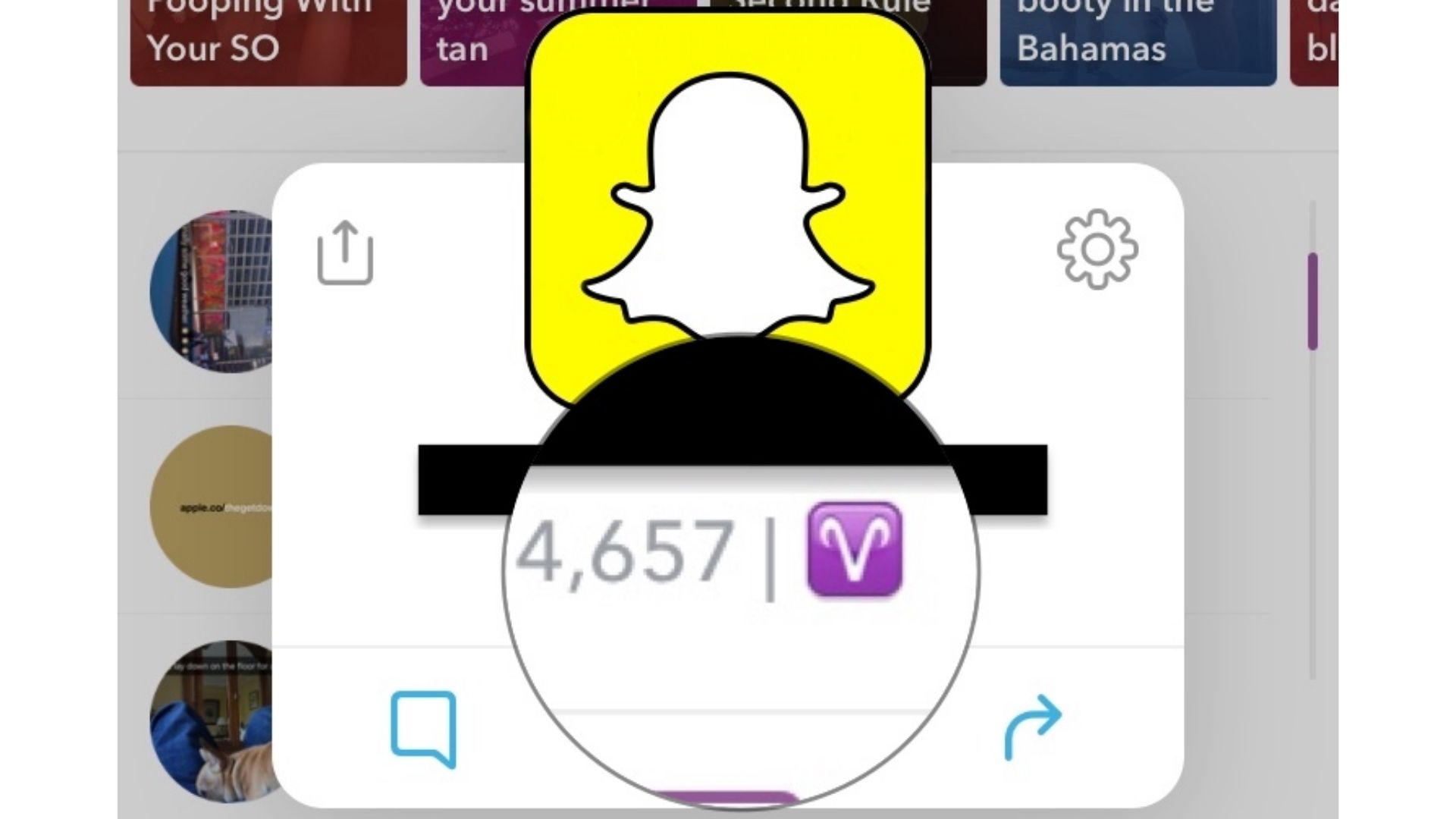 If your snap friends have entered their birthday in Snapchat, their zodiac sign gets displayed. The way red heart on Snapchat corresponds to BFFs, zodiacs give you a rough idea of when their birthday is.

If it is your friend’s birthday, a birthday cake emoji will show up too.

Here are the different zodiac signs, just for you!

Bitmoji pop up in Chat

The recipient’s Bitmoji pops up as a status in chat to indicate that they are live in the chat too. And guess what? This changes to a blue dot when the message is read.

We’ve thoroughly discussed the question- What does the red heart mean on Snapchat. But what about the trophy case?

The Trophy case continues to grow. With every milestone you reach on Snapchat a newer trophy is added to your case!

These trophies are represented by various emojis. 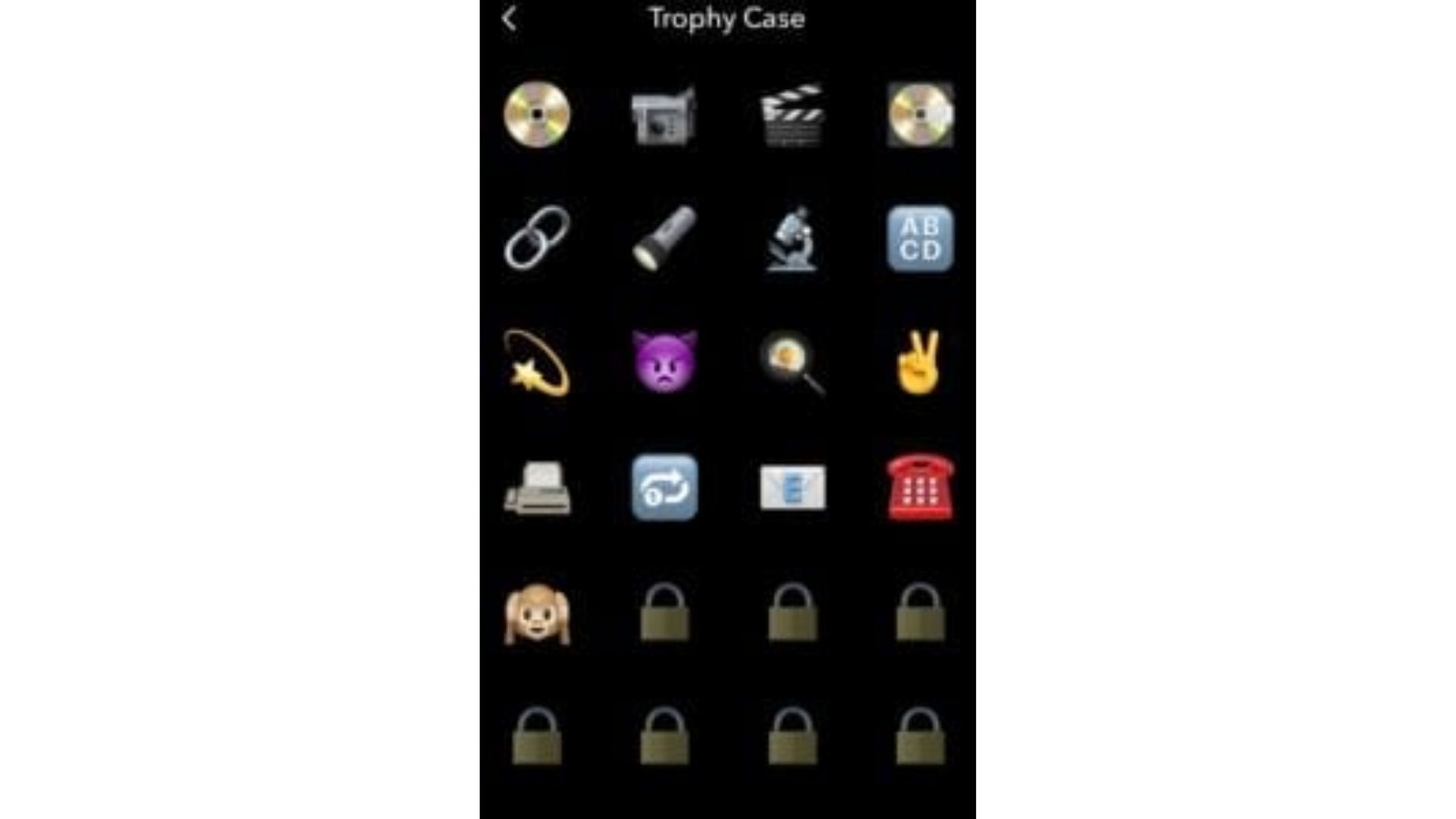 Through this article we have tried to explain What does the red heart mean on Snapchat. Now, you also know the meaning of other Snapchat emojis!

⇾ How to Get App Appearance on Snapchat? [Explained]‍

⇾ Why Is Facebook So Slow? Here’s How You Can Fix It.‍

⇾ How to Get Snapchat on Apple Watch? [Step-by-Step Guide]‍

⇾ ‘Try Again Later’ on Instagram? Why Are You Seeing It?‍

⇾ ‘You Are Not Eligible to Create a Username’ Error? Here’s How to Fix It.‍

⇾ How to change the background color on Google Docs? [3 Steps]‍